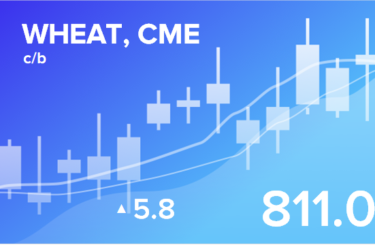 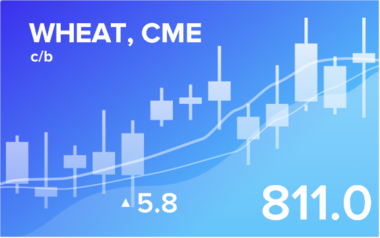 Export prices for Russian wheat with 12.5% protein and delivery in September fell to $310-315/t FOB. Oversupply puts pressure on the market. There are few deals. Exports are 25% behind the pace of last year.

Within the country, one cannot rule out a fall in prices in a number of regions to the cost levels: 6,500 rubles / ton for the 4th class. Prices are negatively affected by the uncertainty associated with sanctions. How far the West can go is anyone’s guess. Therefore, some market participants will not build any strategies for the spring, but will try to sell everything here and now at any price.

On September 12, next Monday, the next USDA report will be released, which will give forecasts for the gross harvest. The stock market is now somewhat overvalued amid expectations of good harvest data, therefore, we will tend to fall in the next five trading days.

So, friends, the show begins! 100 thousand Czechs in Prague took to the streets demanding to buy gas from Russia, and at the same time demanded the resignation of the government.

Gas prices in Europe will be the reason for the battle between politicians and the common people this fall. The Czech Republic is just the beginning.

Chancellor Scholz said that from December Germany will stop buying gas from Russia. I wonder how long this self-confident guy will crush the German iron throne under him. The approval rating for his work is at 22%, which is an all-time low. I just want to say honestly: “Angela, come back”.

GAZPROM has stopped gas supplies to Europe via Nord Stream 1 for an indefinite period. Somewhere in there, they leaked some kind of oil. No one knows how to repair when there is a leak somewhere, the documentation is lost, there are no engineers. That is, all this is now for a long time, and maybe forever.

The United States has splashed half the world with its crazy idea to set a price for Russia to buy oil. For some reason, the option when Russia itself sets the price for its goods is not being considered. Someone will say that, they say, Russia is not the only supplier of resources. This is true. It is only obvious that after the price is set for Russia, tomorrow it will be set for Saudi Arabia. Then for the rest. Resource providers must now be together, otherwise the West will impose its will for decades. And how to enslave peoples and entire continents, the descendants of slave traders and conquistadors do not need to be taught.

The ruble continues to be stable. We see that the threats of the West to impose their pricing policy on Russia do not make a big impression on the national currency.

Also, the ruble does not respond to expectations for a rate cut by the Central Bank of the Russian Federation on September 16th. Analysts expect a decline of 0.5% to 7.5%, as domestic inflation began to slow down.

The trade balance will remain positive for a long time, which implies an excess supply of dollars in the market. This gives reason to believe that we will be in the range of 60.00 — 65.00 rubles against the US dollar for several weeks.

Over the past week, the difference between long and short positions of managers has decreased by 5.3 thousand contracts. Buyers entered the market in a small number, sellers left the market in approximately the same volume. The situation is balanced.

Growth scenario: consider the December futures, the expiration date is December 14th. We need a rise above 850.0 cents a bushel before we can talk about buying. While out of the market.

Fall scenario: sellers currently have a small tactical advantage. Can be sold.

Purchase: think after rising above 850.0 cents per bushel.

Last week the difference between long and short positions of managers increased by 29.7 thousand contracts. Buyers have been on a rampage for five weeks. This aggression does not fit well with the almost record-breaking expectations for the gross harvest. There is something wrong here. It is possible that the crowd is being lured into a huge trap.

Growth scenario: consider the December futures, the expiration date is December 14th. We will continue to stop shopping. There are no fundamental reasons for growth.

Fall scenario: we went short from 680.0. Now we need to hold positions and count on a good fall. 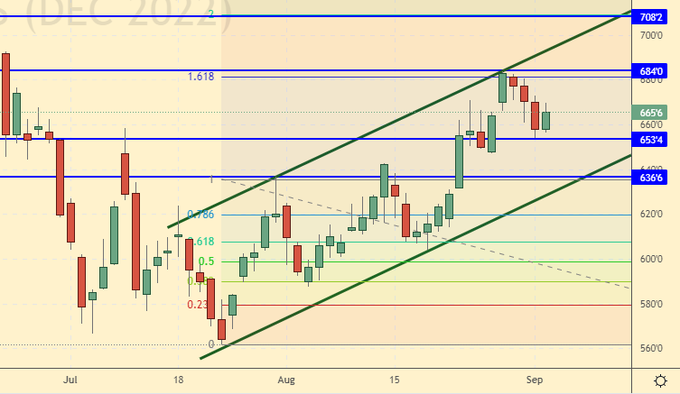 Growth scenario: we are considering the November futures, the expiration date is November 14th. Our belief that soybeans will not be able to rise above 1500.0 has been confirmed. We do not buy, we are waiting for lower price levels.

Fall scenario: it is necessary to sell. The chances of continuing to fall are good. 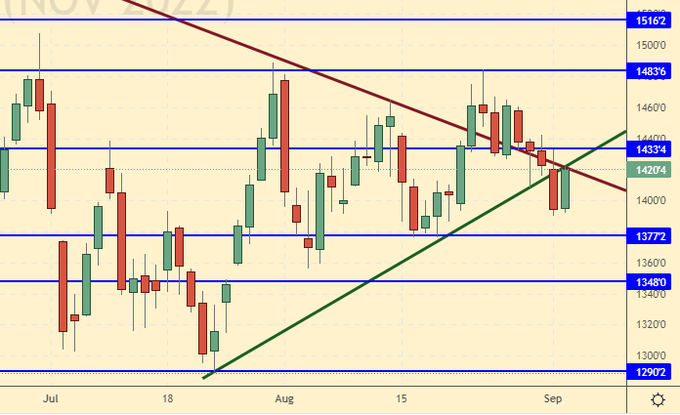 Growth scenario: we consider the March futures, the expiration date is February 28. Found support at 17.60. We will keep long. Those who wish can buy at current levels.

Fall scenario: we keep the shorts open earlier, we do not open new positions. 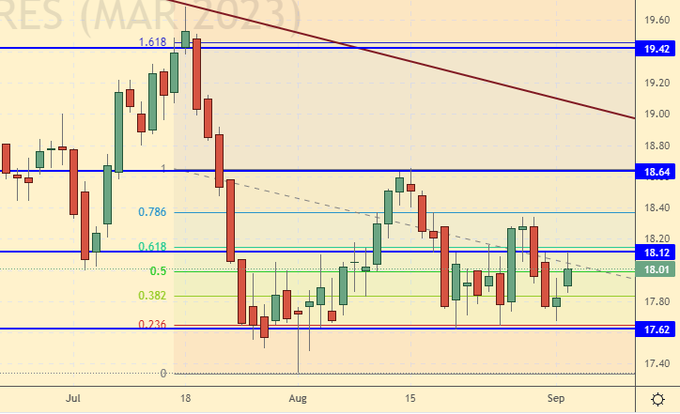 Growth scenario: consider the December futures, the expiration date is December 19. The market is unlikely to fall below 220.0. We will buy based on continued growth.

Fall scenario: do not sell. The market has not yet won back the problems with the Brazilian plantations. 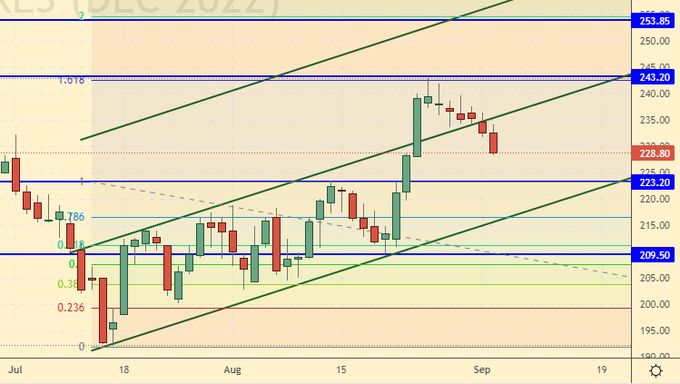 Over the past week, the difference between long and short positions of managers increased by 16.1 thousand contracts. Bulls entered the market in large numbers, but at the same time there was a small influx of funds from sellers.

Growth scenario: consider the September futures, the expiration date is September 30th. Buyers failed to hold the market. There is a threat of a move below the 90.00 level, which will lead to a move to 85.00. We don’t buy.

Fall scenario: if the market allows, then you can sell from 100.00, otherwise we do not open shorts. 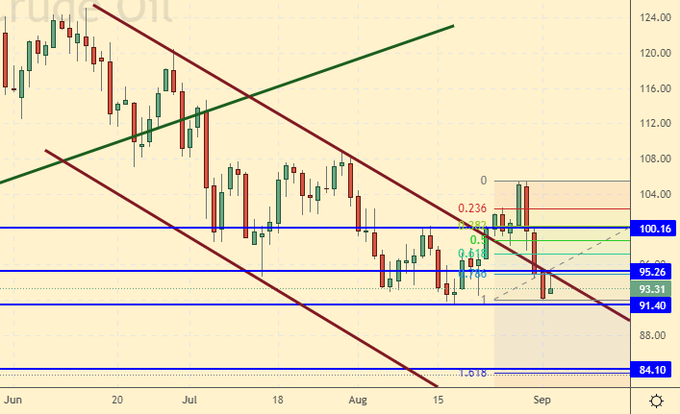 Fundamental US data: the number of active drilling rigs fell by 9 units to 596 units.

Last week the difference between long and short positions of managers decreased by 12.7 thousand contracts. Sellers actively entered the market, while there were very few buyers.

Growth scenario: we are considering the October futures, the expiration date is September 20. It is unlikely that the market will be able to stay above the level of 85.00. We don’t buy. Looking forward to lower prices.

Fall scenario: if the market allows, then we can sell from 92.00, otherwise we will miss a possible downward movement. 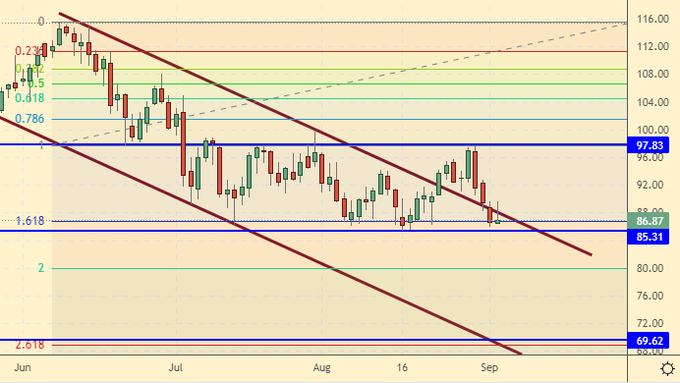 Growth scenario: consider the October futures, the expiration date is October 12. They went down very deep. We don’t buy. We take a break. 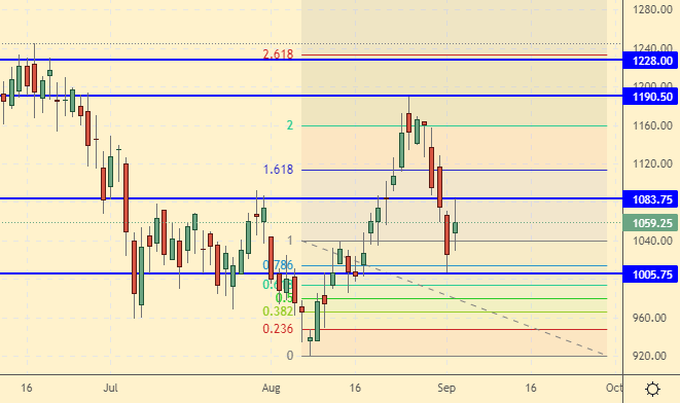 Growth scenario: we are considering the October futures, the expiration date is September 28. The US does not forecast gas surpluses this winter. It is likely that prices will continue to rise. We hold longs.

Fall scenario: we don’t believe in falling. So far, only short-term rollbacks are possible. We do not sell. 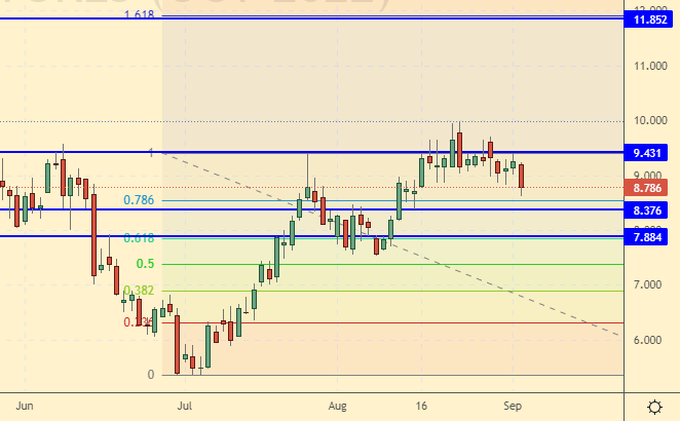 Growth scenario: it’s too early to buy gold. Closer to November, when the Fed’s policy of raising rates will be all in the long price, it may become relevant. Now out of the market.

Fall scenario: continue to hold shorts. We expect a fall to the level of 1600. 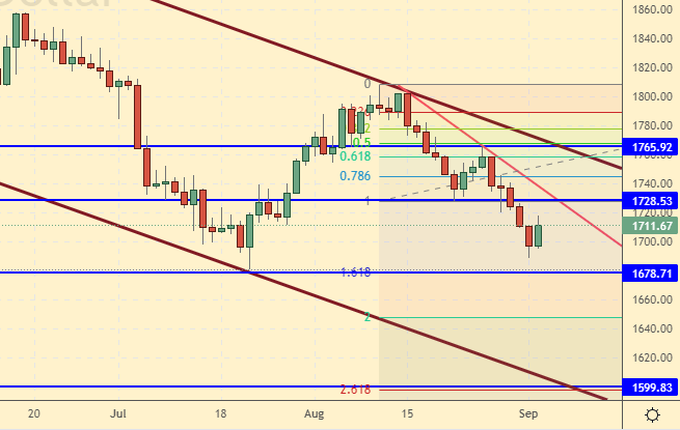 Growth scenario: the euro will be weak. Political instability may be added to economic problems. Until the energy crisis is overcome, the prospects for the European currency are few.

Fall scenario: we still hold shorts and wait for the fall to continue. Our target is 0.9700. It is possible that later we will see 0.8600. 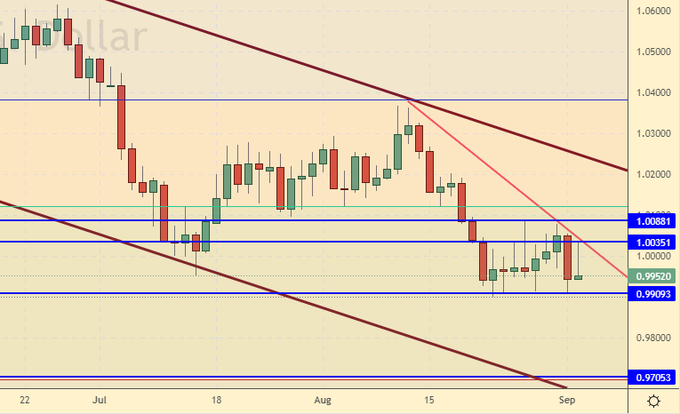 Growth scenario: the pair is locked in a range. We do not take the hint of growth seriously. To enter long, we need a move above the level of 62.00.

Fall scenario: let’s go short. The pair does not react in any way to the sanctions, which only strengthens the position of the ruble. 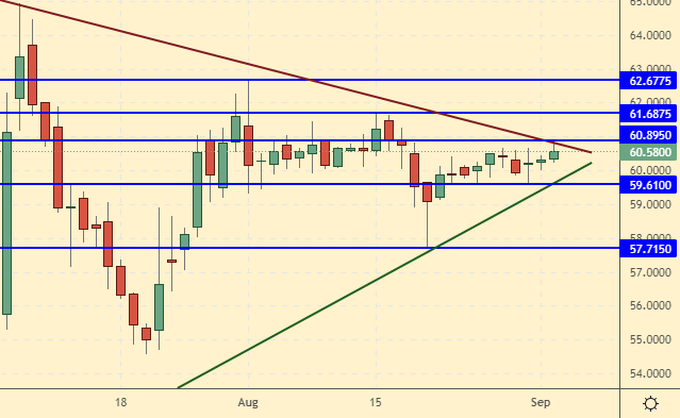 Growth scenario: consider the December futures, the expiration date is December 15th. The growth of national self-consciousness in our country is faster than the prospects for economic growth. The chart of the RTS index exudes patriotism and slight recklessness. Forced to respond to the emerging technical picture. If there is a rollback to 110,000, we will buy, although there are no fundamental reasons for the market to grow.

Fall scenario: going short in the current situation looks risky, but it is possible with a small level of risk. 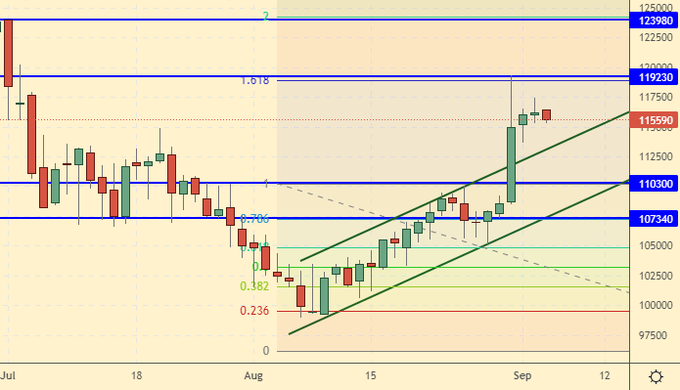