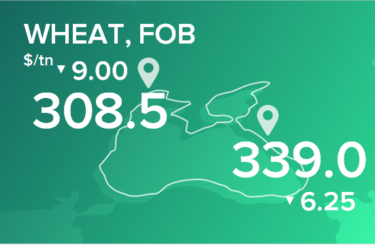 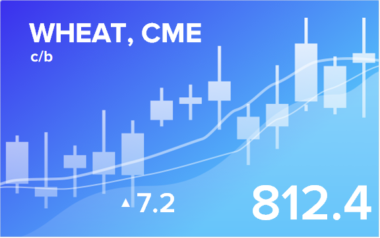 Looks like beef lovers will have to shell out this year, and next too. Feed crop prices are not falling. And soybeans are still striving to show a new high, despite the fact that the forecasts for the gross harvest for it are 10% higher than last year.

Exchange prices for grain are extremely aggressive for this time of year. Wheat found support at 750 and is currently trading in the 800 area, while corn bounced off 600 and is now trading at 650 cents a bushel. Current levels are 30% above what would be considered normal given a good harvest and a strong dollar.

On the Russian market, there are still risks of obstacles to food exports in the 22/23 season. Problems with tanker insurance and payments may increase as a result of sanctions. This can lead to the fact that prices within the country will be much lower than world prices. However, the unfavorable period can be waited out. Just be prepared to pay for storage.

French President Emmanuel Macron has warned citizens of the end of an era of abundance. And former British Prime Minister Johnson, by the name of Boris, urged everyone in advance to come to terms with high electricity prices and not overreact to utility bills.

Against this background, people in Europe are already openly talking about popular riots. And the Old Woman really can’t hold out. She may fall. The euro reacts extremely negatively to what is happening, returning to parity with the dollar.

Oil prices in the world remain at high levels on fears that OPEC will want to see higher quotes in the near future against the backdrop of rising gas prices. In Saudi Arabia, they are clearly unhappy with the fact that oil is only at the level of 100, although it should already have been at the level of 200 dollars per barrel. The Minister of Energy of Saudi Arabia spoke about this not directly, but indirectly, calling the oil futures market «schizophrenic» and threatened to cut production. In doing so, he nullified the attempts of the Biden administration to lower oil prices through the manipulation of statistical data. Our hero’s name is Prince Abdulaziz bin Salman Al Saud.

If a week ago it was possible to talk about some decline in oil prices to the level of 85.00, now the market is not visible below 90.00 dollars per barrel.

The ruble is stable. It’s good for the economy. I would like us to continue to be in the corridor of 58 — 62 rubles as long as possible.

The Bank of Russia allowed commercial banks to sell to the public currency received not only from individuals, but also from other sources. Note that this decision did not make any impression on the dollar/ruble pair.

It is possible that on September 16, the Central Bank will lower the rate, since in August Rosstat registers a price reduction. The first, largely psychological shock from the imposition of sanctions has passed, which makes consumer behavior measured and reasonable. This allows us to talk about stabilization at the moment. Moreover, even if pressure increases, for example, an embargo on the purchase of oil by the EU, the shock will not be as strong compared to February.

Meanwhile, in Europe, the number of mental disorders is growing, associated with a drop in the possibility of consuming goods that are far from essential. Hang in there, in Brussels.

And they do. Wash less. But they have a good perfume. The 17th century is back.

Over the past week, the difference between long and short positions of managers increased by 7.4 thousand contracts. Despite the growth of quotations, sellers continue to put pressure on the market, there are more of them than a week ago. The chances of falling remain.

Growth scenario: consider the December futures, the expiration date is December 14th. We continue to believe that until the market rises above the level of 850.0 cents per bushel, it is not worth buying. Currently out of the market.

Fall scenario: if we see a red candle on Monday, we will sell on Tuesday.

Purchase: think after rising above 850.0 cents per bushel.

Sale: if there is a red candle on Monday. Stop above its maximum. Target: 650.0 cents per bushel. 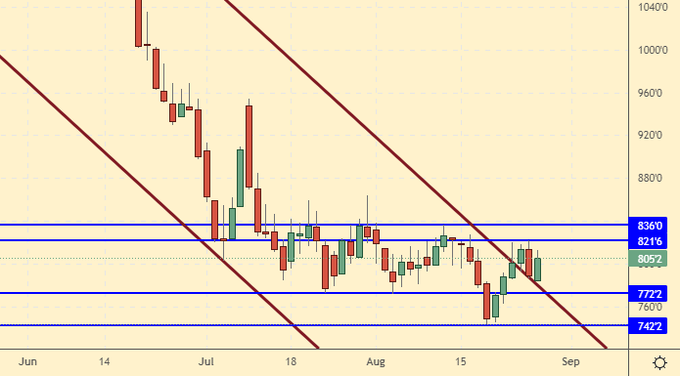 Last week the difference between long and short positions of managers increased by 32.9 thousand contracts. Bulls continue to dominate. Sellers flee amid drought in Europe.

Growth scenario: consider the December futures, the expiration date is December 14th. Let’s put shopping aside for a week again. We don’t have to grow up in August. All this is highly suspicious. We will look for opportunities to trade in other markets.

Fall scenario: in the current situation, a short from 680.0 is possible. We place a stop order close. 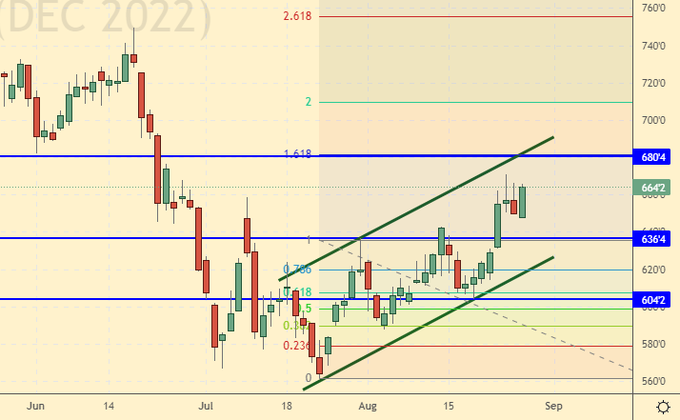 Growth scenario: we are considering the November futures, the expiration date is November 14th. If soy goes above the 1500 level, it will be a challenge to common sense. We continue to refuse purchases.

Fall scenario: The market didn’t give us what we expected. You have to put up with closing the deal without a loss. We take a break for a week. 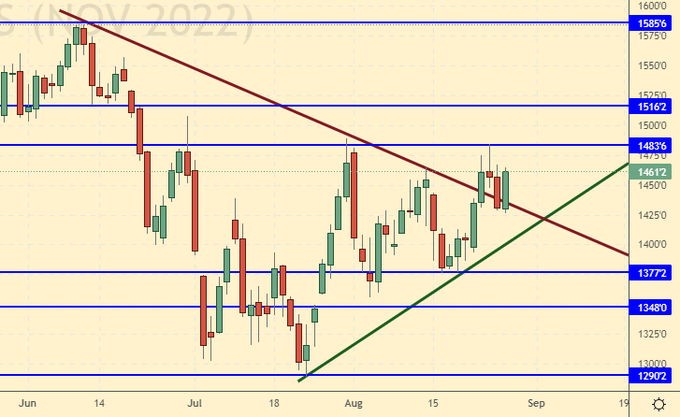 Growth scenario: we consider the March futures, the expiration date is February 28. An interesting close on Friday pulls us into the long. Let’s buy here.

Fall scenario: we will keep the shorts open earlier, we will not open new positions. 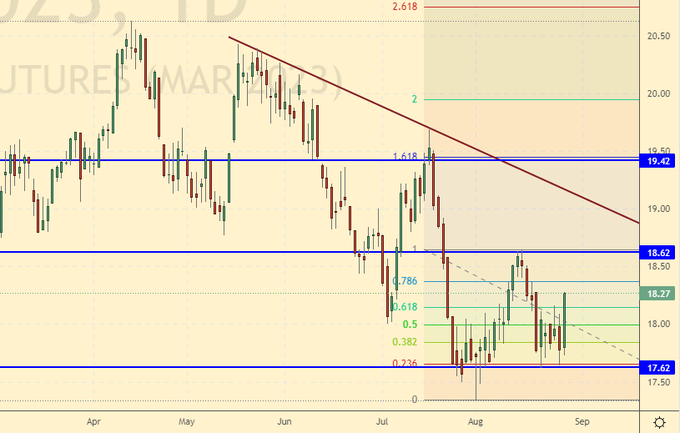 Growth scenario: consider the December futures, the expiration date is December 19. Problems with coffee plantations in Brazil dragged the market up. We will buy from current levels, as well as add on pullbacks.

Fall scenario: sales came to nothing. We closed with a minimal loss. And in this situation, it’s good. We do not sell. 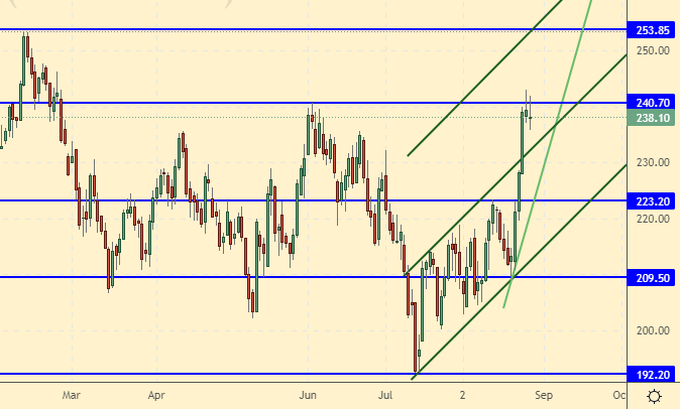 Over the past week, the difference between long and short positions of managers increased by 26.1 thousand contracts. The number of bulls on the market has noticeably increased. It is possible that they will try to regain the initiative next week. Growth scenario: switched to September futures, expiration date 30 September. We buy after rising above 102.70. Without this upward movement, it is too early to talk about a bull market.

Fall scenario: keep a stop order at 102.70. We do not open new positions for sale. 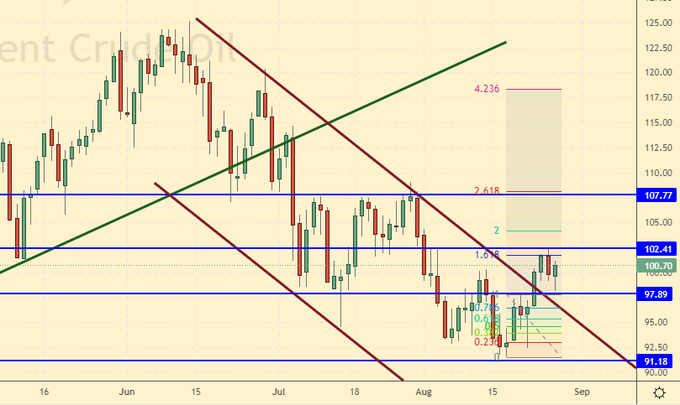 US fundamental data: the number of active drilling rigs increased by 4 units and now stands at 605 units.

Over the past week, 17.08.22 — 23.08.22, the difference between long and short positions of managers increased by 25,000 contracts. The bears were actively closing their positions, while there were no more buyers. So far, the situation in terms of further growth is ambiguous.

Growth scenario: we are considering the October futures, the expiration date is September 20. While we remain out of the market. We will think about buying after rising above the level of 97.50 dollars per barrel.

Fall scenario: nothing has changed for sellers. As long as you have to be patient. It’s too early to talk about the victory of the bulls. 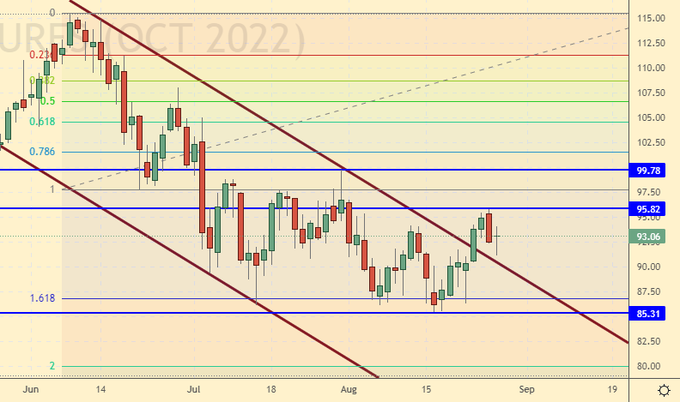 Growth scenario: consider the October futures, the expiration date is October 12. Let’s wait for a rollback to 1060.0 and buy. If he doesn’t, we’ll miss the deal.

Fall scenario: do not sell yet. Possible panic in the fuel market. There is an artificial injection of negativity. 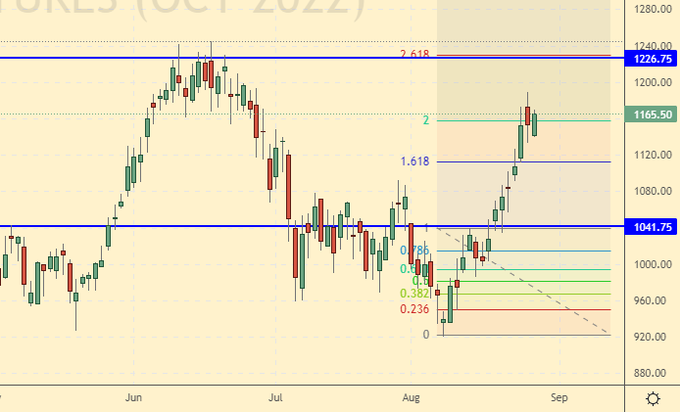 Growth scenario: switched to October futures, expiration date 28 September. In the US, gas prices are holding up because of huge prices in Europe. Almost everything you can get goes to the EU. We continue to hold longs.

Fall scenario: No signs of a downward reversal yet. Out of the market. 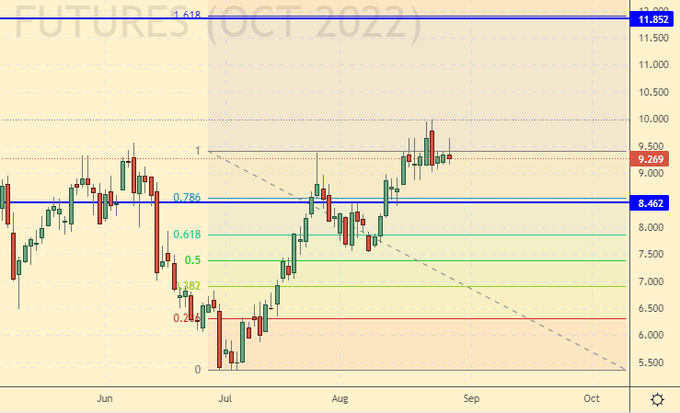 Growth scenario: dollar remains strong. Economic problems in a number of countries are only getting stronger, which spurs demand for the US currency.

Fall scenario: continue to hold shorts. A fall by 1600 is highly likely. 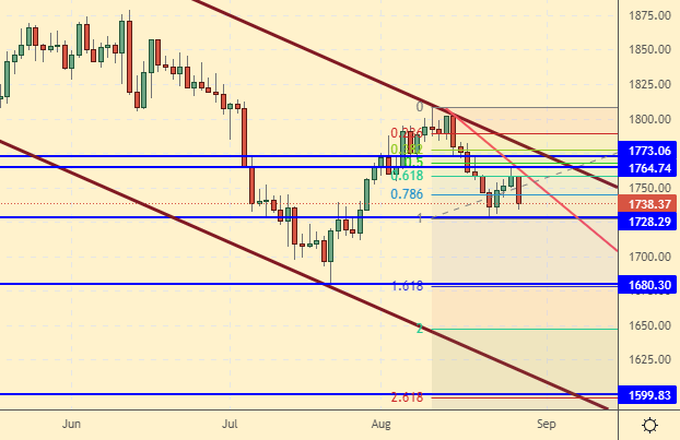 Growth scenario: Euro is weak due to high energy prices. Economists are predicting a recession in the EU. We don’t buy a couple. 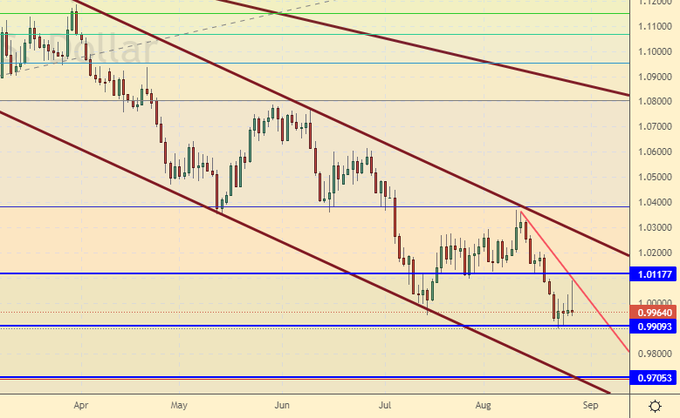 Growth scenario: bulls have a slight advantage due to the July bounce of the pair from the level of 50.00. We will try to go above 62.70, but it will not be easy to do so. In case of growth above the level of 63.00, you can go long.

Fall scenario: we will continue to hold the previously open shorts. We do not open new positions. 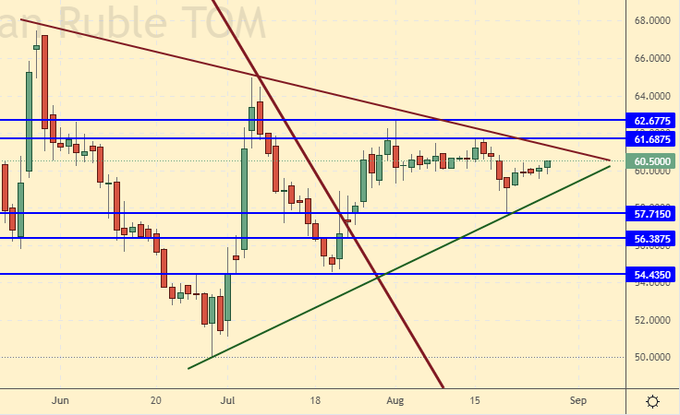 Growth scenario: Russian market can grow only due to internal reserves, which are few. For a good, and most importantly justified, move up, we need stable access to foreign markets. We perceive the current rise as a completely optional thing. We don’t buy.

Fall scenario: move the stop order to the level of 111000 and continue to hold the shorts. Those who wish can add to previously opened positions here. 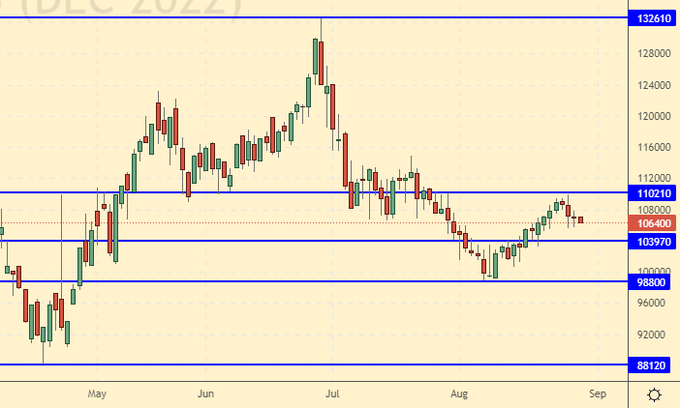