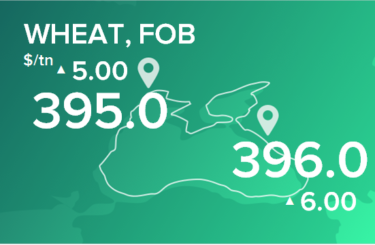 The wheat market is showing growth down to the active demand for grain from the importing countries. They are in a hurry to hedge themselves against aggravation of the situation with coronavirus next year. Whether it will be possible to solve the problem with the infection by universal vaccination is still a very big question.

Note that against the background of a fall in the gross grain harvest in Western Europe, Russia and Ukraine have good export prospects this year.

The market is in a difficult spot. Any fundamental factor that plays into the bear’s hands will lead to a strong fall of $ 5-7 in a short period.

Now we see that production in the United States increased by 0.1 million barrels to 11.1 million barrels per day. The fall in the number of drilling rigs was replaced by a symbolic increase: plus one rig per week to 181 units.

It remains to appear on the stage for a representative from among the OPEC + countries, who will express doubts about the advisability of a control production deal. This will be enough for a quick down to 35.00 Brent.

Assistance businesses and citizens programs in the United States may be extended into August, which means more money printing out of thin air. The markets do not like this: the euro, Swiss franc and gold have all rallied all last week. The ruble can get its small benefit from the weakening of the dollar, and if it weakens, it will not be as fast as it would be in the case of the strong positions of the American currency.

It appears that the markets are anxiously awaiting the Fed meeting on the 29th, at which Powell may make a number of admissions that are unpleasant for the dollar and the stock market. The intrigue is that on Wednesday speaks the Fed chairman, and on Thursday the market will see preliminary US GDP for the second quarter. Analysts are still waiting for -34% (minus thirty-four percent). Only on Thursday we will fully understand Powell’s words, he already has GDP figures on hand.

The bulls continue to press for two weeks in a row. Sellers, instead, run for life. So far, the market has good prospects for the continuation of the upward movement.

Growth scenario: September futures, expiration date September 14. Repeated buying from 518.0, after taking profit a week earlier, makes our current situation quite comfortable for holding a long position. The bulls have time until mid-August, after which the pullback should begin.

Falling scenario: while our position about the shorts has not changed: when the market approaches 590.0, we will think about selling. The second option to look for an opportunity to enter a short position is to drop prices below 520.0. We are doing nothing now.

We see no activity in the market. Speculators are in some confusion over the fact that corn cannot grow. A massive desire to sell at current prices keeps the market at low levels. Manufacturers are afraid that supply this season, as well as the previous one, will exceed demand.

Growth scenario: September futures, expiration date September 14. We continue to stand in longs. The feeling is unpleasant, as the market is unable to move up from the 325.0 area. Those interested can connect to our experiences by opening long positions.

Falling scenario: we are not looking for opportunities to sell on daily intervals. Prices are low.

Growth scenario: September futures, expiration date September 14. Despite the fact that the market rallied, the feeling was not very positive, as we did not go up the serious resistance at 905.0. We remain in the longs, but pull up the stop order.

Falling scenario: can you sell here? The answer is yes. There are chances that the market will not be able to take 905.0. We enter with a small risk, in case of falling below 888.0 you can increase sales.

Growth scenario: October futures, the expiration date September 30. As in the previous week, for purchases we need to increase above 12.10. We continue to be out of the market.

Falling scenario: the red Friday candle looks attractive. We continue to hold the previously opened shorts. In case of falling below 11.30, you can add.

Growth scenario: September futures, expiration date September 18. We see some anxiety about a new crop due to the virus. In Brazil, the number of infected does not fall, the picture is no better there than in the United States. There may be problems with harvesting and exporting. We bought from 100.0 and 96.00 and will expect an increase to 125.0.

Falling scenario: we see that the market has overcome the resistance at 105.0 and showed a new local maximum. We will not talk about sales for now.

Both buyers and sellers are very modest. There is a viscous struggle in the range amid minor fundamental changes. Note that if the fall of the dollar on the markets accelerates, then we may receive a surprise represented by oil price rising.

Growth scenario: July futures, expiration date July 31. We see that the market is still leaning towards a corrective move to the 35.00 area, possibly 32.00. Not be in a hurry with purchases.

Falling scenario: we continue to believe that the market is unlikely to be able to raise its head after falling below 42.50. If the bulls in this situation can go above 45.00, it will be extremely rare in the market in terms of technology.

Purchase: possible at the 1H intervals after the growth above 45.00.

Fundamental: the number of US drilling rigs grew by 1 unit to 181.

The situation is the same as for Brent. The market froze. Speculators are waiting for hero to make a big bet on the rise or fall. Today, open interest analysis is not our assistant.

Growth scenario: September futures, expiration date August 20. It will be extremely difficult for the bulls to turn the market up from the current levels. Only the rapid fall in the dollar value will help them in this. However, from the area 35.00, and especially 30.00, you can buy.

Falling scenario: we can see the market falling to the level of 30.00. If the level 40.00 taken by the bears, then the further fall will be only a paperwork. The nearest more or less serious support is at 35.00.

Growth scenario: considering the August futures, the expiration date is August 12. We leave a comment from last week, as practically nothing has changed on the market: «If the bulls don’t come up with anything, then prices by themselves will fall out of the growing channel, which will lead to a pullback.» Note that the current situation is not bad for buying with a tight stop order at hourly intervals.

Falling scenario: if the market falls below 370.0, it will be possible to sell. If prices turn out to be outside the beautiful, which means a long and repeatedly confirmed growing price channel, then the downward movement will be fast and unidirectional.

Growth scenario: September futures, expiration date August 27. The market claims to take the resistance line. This will be a major technical highlight this year. If this happens, you can buy.

Falling scenario: here you can sell when a red body candlestick appears. The stop order will be close. The risk is minimal.

Growth scenario: should you lock in profits at 1915? As we expect a possible Fed rate cut next Wednesday and a terrible second-quarter US GDP report on Thursday, we will continue to buy. We see an active unidirectional growth, which can develop into a rally.

Fall scenario: short from 1915? This idea can only be worked out on 1H intervals. In theory, a move to 1750 is possible, but in practice, the US is actively printing unsecured money and the probability of such a deep pullback is low.

Growth scenario: the pair continues to rise amid falling confidence in the US dollar. The impact from the forced quarantine in the second quarter was monstrous, this is already clear. Moreover, the problem has not disappeared and the States continue to suffer from the virus. The outlook for the American currency is very vague. We keep longs.

Falling scenario: there is no certainty that we will talk about sales even when approaching 1.1950. Let’s see what Fed Chairman Powell has to say on Wednesday. In addition, most importantly, how will his speech affect the markets.

Growth scenario: we continue to believe that the currency deficit, or rather the fear of currency deficit, will put pressure on the ruble. The virus did not have a strong impact on Russia, consumer demand remains high, therefore, imports will be at the level of $ 50 billion per quarter. The trade balance risks being in the negative zone in the third quarter. We understand the problems of the dollar against other currencies of developed countries, but we continue to recommend long for this pair.

Falling scenario: if the ruble strengthens below 70.00, then we can talk about some kind of reversal. We do not see this yet. Note that the RGBI index is in the range, which supports the ruble in this situation. Traders see no reason to sell Russian government debt securities. If the pair is unable to gain a foothold above 72.00 next week, then we have a reason to talk about shorts.

Judging by the continuing increase in the number of cases in the United States, at 70,000 per day, not everything will be fine yet.

Falling scenario: prices consolidated above the resistance line, but that was where all the successes ended. Until we rise above 1286 we can sell.