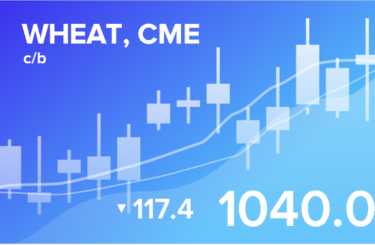 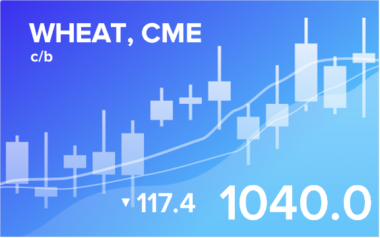 One question is on the agenda: will Russia be able to export at least part of its crop this year on its ships. Perhaps not. The EU will have time to freeze all maritime transport through a ban on cargo insurance. Only land modes of transport remain.

However, Erdogan, with a stroke of the pen, recognizes the Black Sea as paved, and his ships will turn into large trucks. Don’t be really hungry. The EU is 100% self-sufficient in grain, but Turkey is not. Egypt also cannot feed its citizens on its own. We foresee some political squabbles closer to autumn over grain purchases in Russia by a number of countries.

On the 10th, the USDA will publish its next forecast. There is reason to believe that there will be less optimism in the forecasts of the gross harvest.

Europe will refuse oil supplies from Russia within six months. It is possible that next year there will be a refusal from gas, then from wood, then from food. After that, the consciousness of all EU citizens, together with their minds, will be transferred into the virtual space. Directly to Google Drive.

In the oil market, prices are likely to continue to rise. OPEC + went to increase oil production per day from July by 648 thousand barrels, but this was not enough for the market.

An optimistic forecast for a drop in oil production in Russia by the end of the year was announced by Mr. Novak, it will be 10% and drop to 480 million tons of oil in the worst case. According to other sources, the decline in production since the end of February has already amounted to 10%, and there will still be 10 or even 20% drops ahead. If this is true, then OPEC’s increase in production will barely be able to cope with the reduction in oil production in the Russian Federation, which means a supply deficit in the market of 1 million barrels per day, provided that the global economy does not start to slow down.

Given that the EU is not calming down and will soon impose sanctions on the insurance of goods transported by Russia by sea, we may face serious logistical problems when delivering goods to consumers.

Despite the intrigues of the West, the ruble stands like a rock near the level of 60.00 and does not budge. The sanctions imposed by the EU on oil exports are a blow that simply cannot be compared in modern history. Even though the course does not change, the mood has deteriorated. For now, the inflow of foreign currency into the country will continue, but by the end of the year it will decrease, while the demand for imported goods will grow, which should lead to a weakening of the ruble.

Over the past week, the difference between long and short positions of managers decreased by 8.1 thousand contracts. For now, there are more bulls, but soon they may lose control of the market.

Growth scenario: we consider the July futures, the expiration date is July 14. Gone below the support line. We don’t buy.

Falling scenario: if you return to 1150.0, you can sell. The current levels are too low. Recommendation: 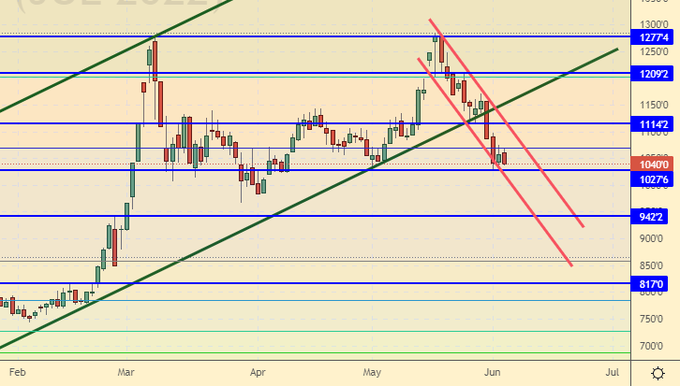 Last week the difference between long and short positions of managers decreased by 20.8 thousand contracts. Sellers are actively building up pressure. The market is able to go to the area of 650.0.

Growth scenario: we consider the July futures, the expiration date is July 14. We continue to wait for prices to fall. We don’t buy.

Falling scenario: we will hold shorts up to 656.0. The situation for sellers is currently comfortable. 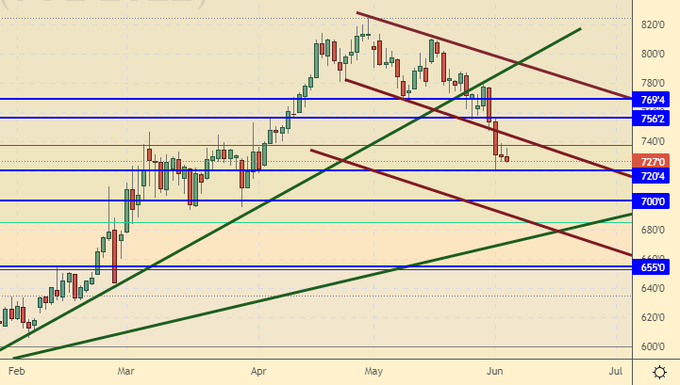 Growth scenario: we consider the July futures, the expiration date is July 14. A sharp drop in prices to 1500 is possible. We do not buy.

Falling scenario: if we get to 1800.0, then shorting is a must. Shorts are possible from current levels. Count the risks. 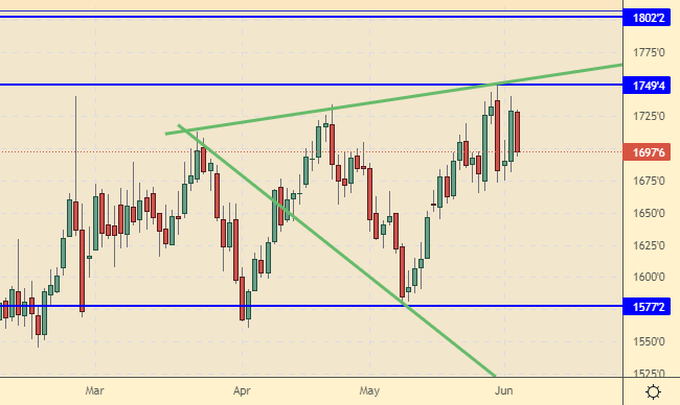 Growth scenario: we are considering the July futures, the expiration date is June 30. The upward movement has stopped, we still hold long positions. In case of growth above 20.20, you can add. 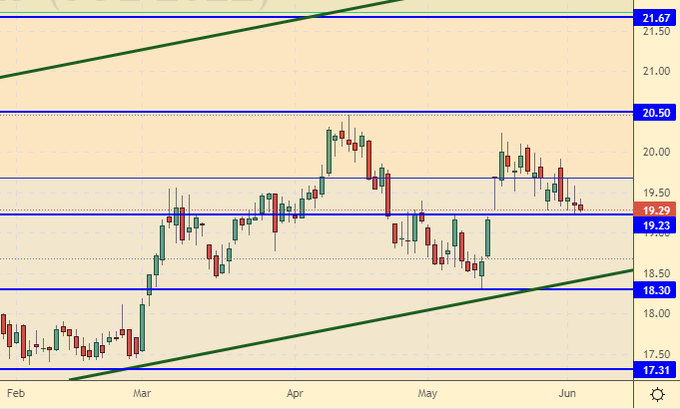 Growth scenario: we are considering the July futures, the expiration date is July 19. We go up. Target 248.00. We hold longs. At current levels, you can add.

Falling scenario: do not sell. When approaching the 250.0 area, you can go short. 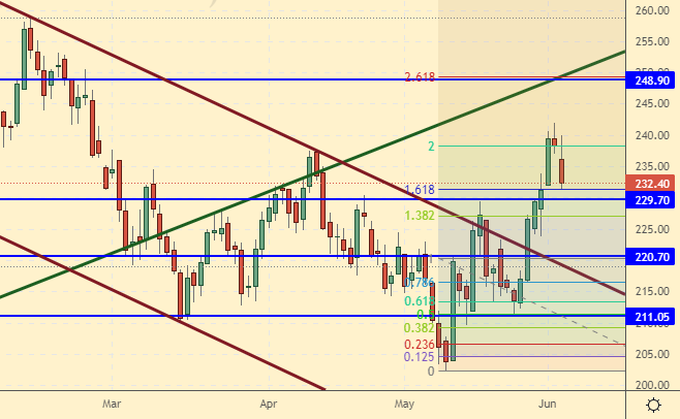 Growth scenario: another downward blow cannot be ruled out. We don’t buy.

Falling scenario: holding shorts. If there will be a blow up in 1890 it can be sold. 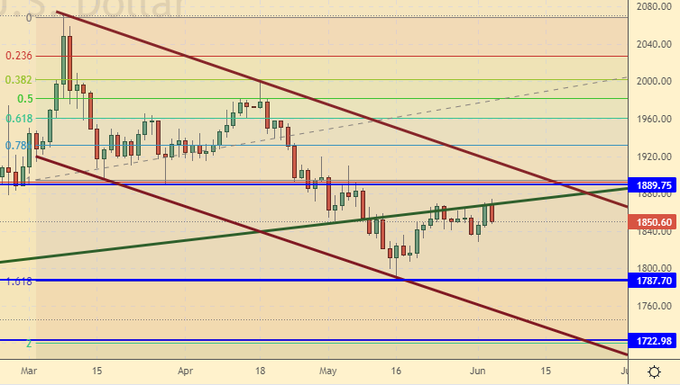 Growth scenario: stopped for now. Most likely, we will decline by the ECB meeting on the 9th to 1.0600.

Falling scenario: we will sell when we return in the region of 1.1000. 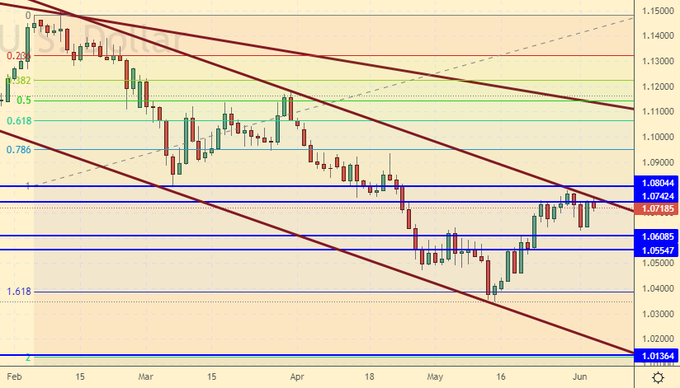 Growth scenario: the market returned to 61.00. It is unlikely that there will be bulls ready to buy dollars, since the possibility of their further use is questionable. We will soar above the level of 60.00. Possibly several months.

Falling scenario: shorts are not considered. The Central Bank showed both by lowering the rate and by lifting some of the bans that it is not interested in the dollar exchange rate below 60.00. 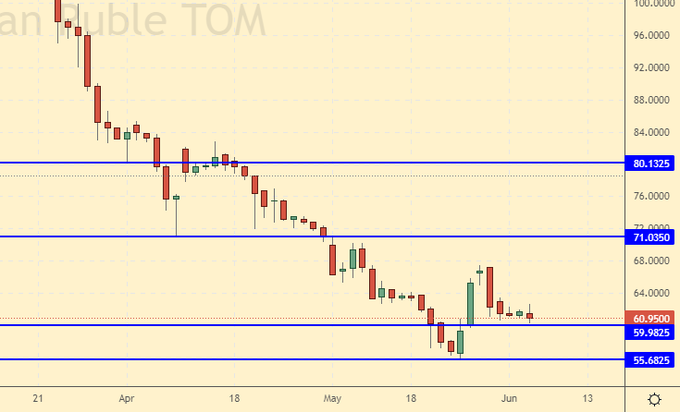 Growth scenario: to sing “Our proud Varyag does not surrender to the enemy”, it is still early, but the mood is far from rosy. Almost all Russian companies that form the basis of the index are under pressure from the West, and the level of this pressure is constantly growing. We are waiting for a structural development program from the government, for example, by autumn. Without it, it will be impossible to stabilize the situation in the economy.

Falling scenario: in the current configuration, a move to 130000 is still possible. A stronger rise looks almost unbelievable. In the current area, you can look for opportunities to enter the shorts. 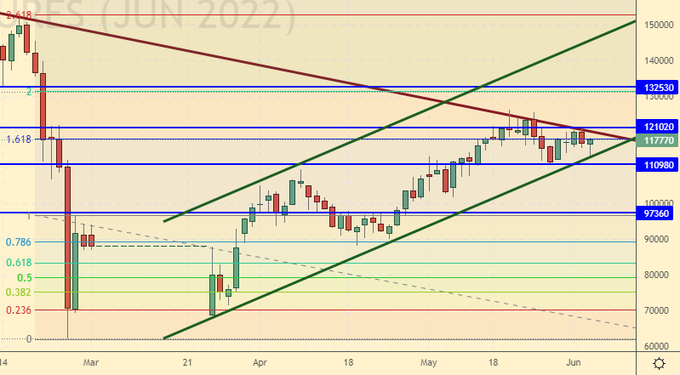