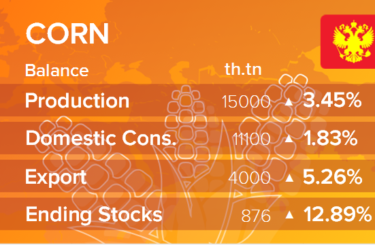 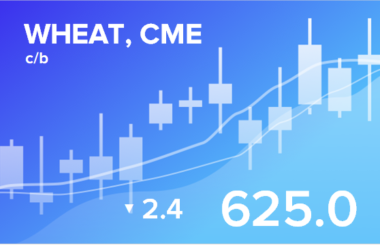 China continues to buy American corn, trying to prevent the army of pigs that the Celestial Empire is rebuilding after the plague from feeling hungry. Hence the very vigorous state of the corn market versus wheat.

Let’s not forget that almost all of the wheat from the 20/21 harvest will be consumed, which means a shortage will arise closer to winter, provided that the 21/22 harvest is worse than the previous one. This will support the wheat market and are unlikely to see a correction below 550 cents a bushel.

If the USDA’s May 21//22 forecast is bad, the long is the only thing that can be recommended in the grain market this year.

The admission of the beginning of the third wave of the pandemic by the European authorities shook the bulls’ nerves, and they moved to take profits last week. On Thursday alone, prices fell $ 5. Drilling activity begins to grow in the US, which implies an increase in production in the 4-6 month horizon by about 1 million barrels per day.

Most likely, the calling and stumbling grandfather, who is also the President of the United States, will be dismissed, and the topic of «green» energy will be shelved for an indefinite period. It is clear that the Americans will never repay their debt, but with the growth of their own oil production, at least it will be possible to talk about smoothing out the situation with a constantly negative trade balance. Look, the debt situation will drag on until 2029, and then, like a hundred years ago, a global economic catastrophe will break out.

We are waiting for the continuation of the decline in oil prices. Brent could go to $ 58.00 a barrel. If the situation in Europe worsens, then it will be possible to talk about the fall below $ 50. We are unlikely to get a copy of last year on the charts, but a certain downward movement is possible.

The Fed left the rate unchanged, indicating the prospects for an increase in the 23rd year. It cannot be ruled out that the situation will develop at a faster pace, which is what part of traders who are already buying up 10-year US government bonds are betting on.
Nabiullina raised the rate by 0.25%, thereby responding to the rise in inflation in the food sector in January-February. If prices do not stabilize, then it is worth counting on further tightening of monetary policy by the Bank of Russia in the near future.

The ruble reacted very briskly to the rate hike. The threat of passage above 75.00 remains. The RGBI index continues to fall, which indicates a decrease in the interest of foreign investors in the Russian government debt.

We see no reasons for the strengthening of the ruble against the US dollar next week, amid falling oil and the RGBI index.

Sellers have increased activity, however bulls continue to remain in the market. Most likely, sellers will be able to seize the initiative for the next couple of months.

Growth scenario: March futures, the expiration date is March 31. All is well. We are waiting for a rollback to 55.00, a small long is possible there. Falling scenario: we have broken through the support line and test it from the reverse side. Possible short from the current levels. Recommendation: 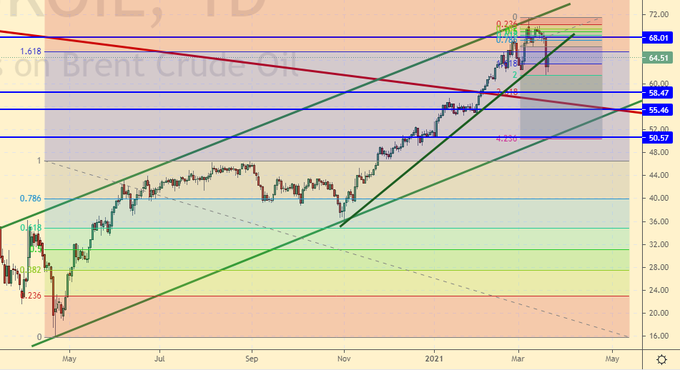 Fundamental US data: the number of active drilling rigs increased by 9 units to 318 units. 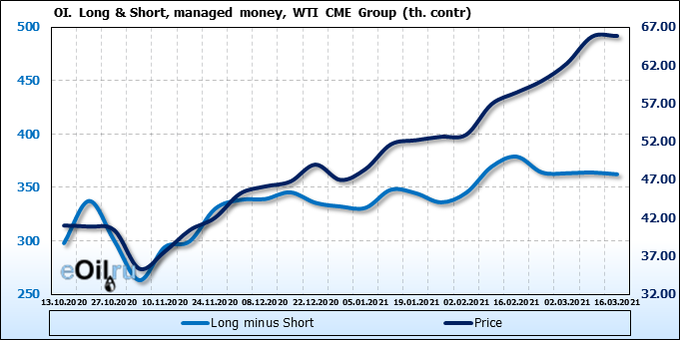 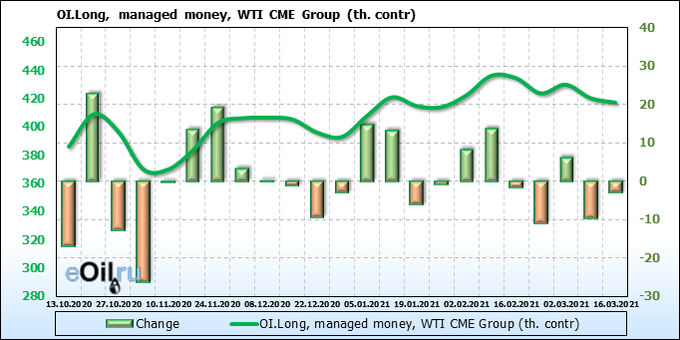 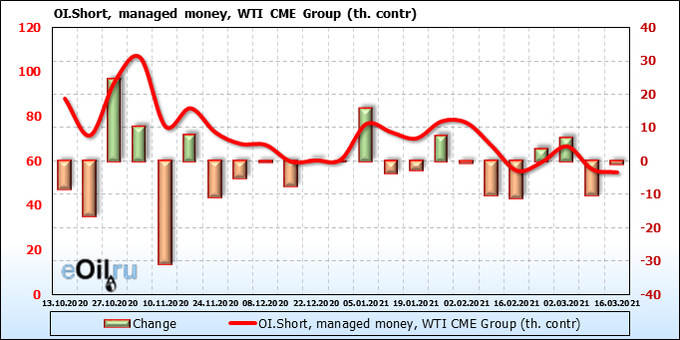 Relative inertia in the market should be replaced by active actions, mainly due to the arrival of sellers. The coronavirus has an extremely negative impact on the European economy.

Growth scenario: May futures, the expiration date is April 20. We went down. Most likely there will be at least one more wave of decline to 56.00. We are not in a hurry to buy. 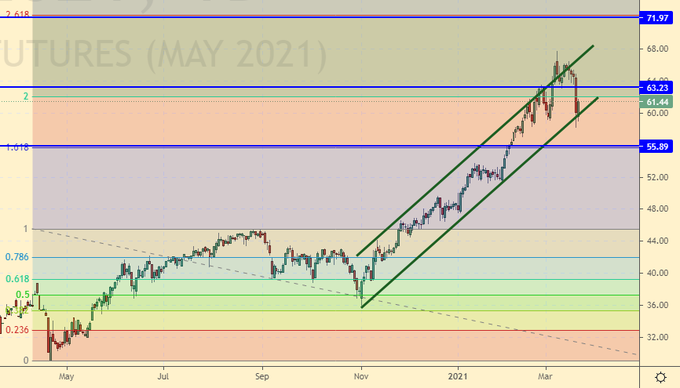 Growth scenario: April futures, the expiration date is April 12th. In the current situation, the market has chances to fall to the area of 400.0. We do not buy.

Falling scenario: we broke through the channel, we test it from the reverse side. You can sell. Recommendation: 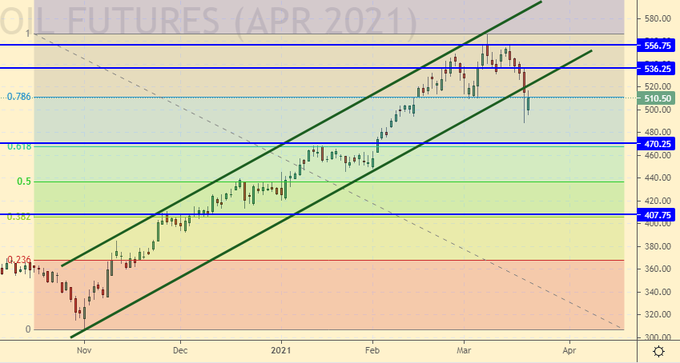 Growth scenario: April futures, expiration date March 29. Despite the downward breakdown of the Fibo level at 2.48, we continue to recommend buying.

Falling scenario: do not sell. It doesn’t make any sense. 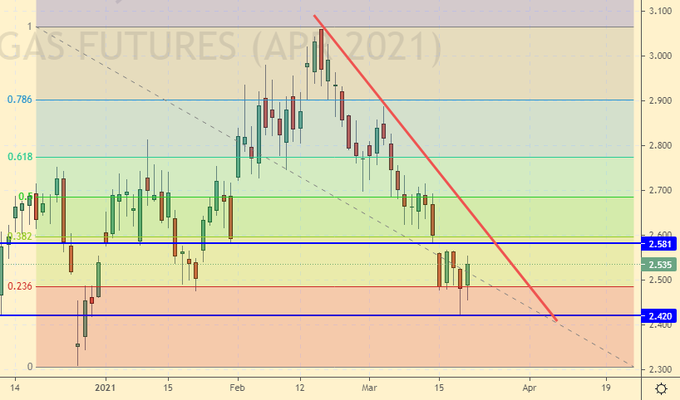 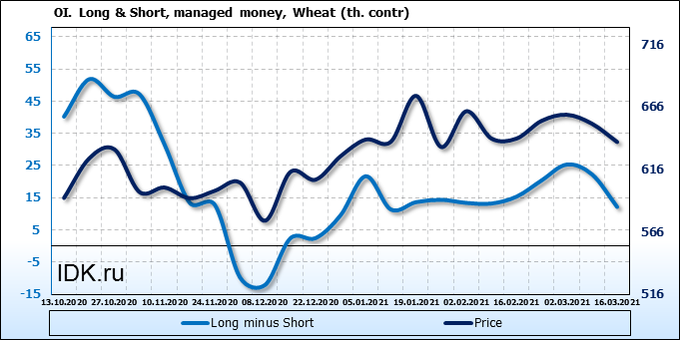 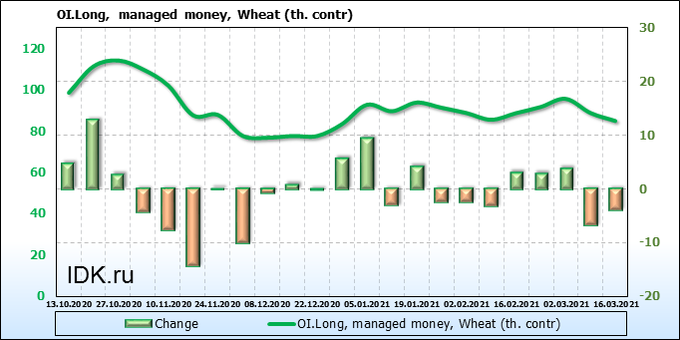 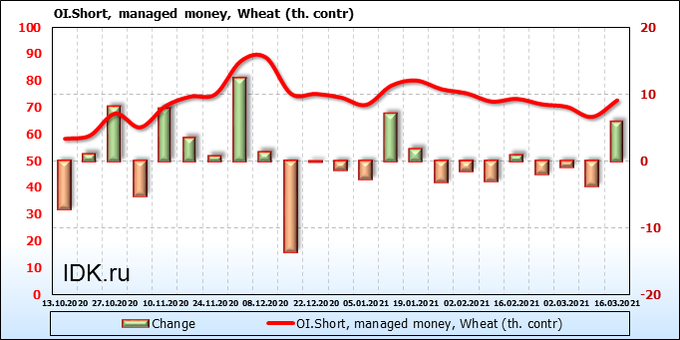 On the back of positive news about the state of winter crops in Europe and the success of Australia, sellers came to the market. The bears have three to four weeks to bring prices down.

Growth scenario: May futures, expiration date May 14. Chances of going below 600.0 remain. We will not hurry up with purchases.

Falling scenario: we will count on the fact that we will go to 580.0. We keep the shorts, move the stop order along the trend. 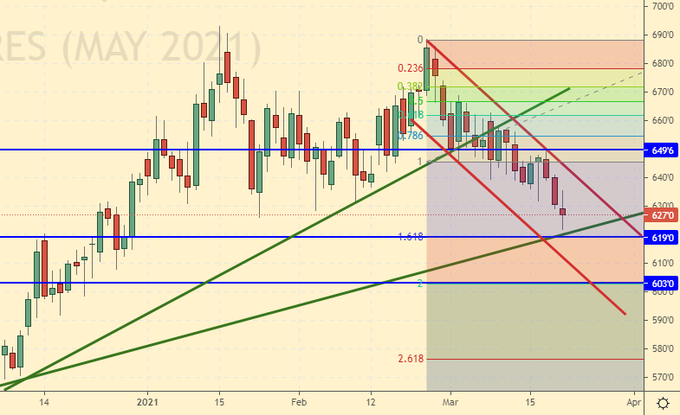 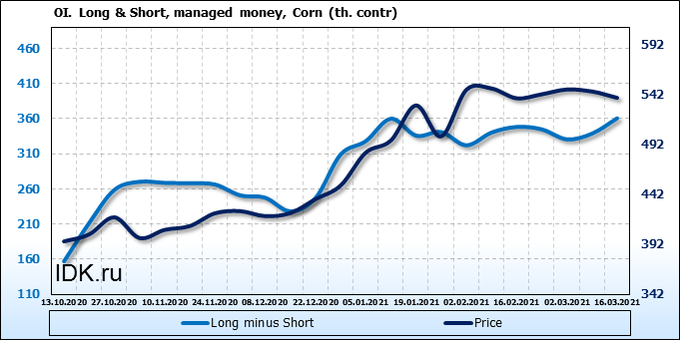 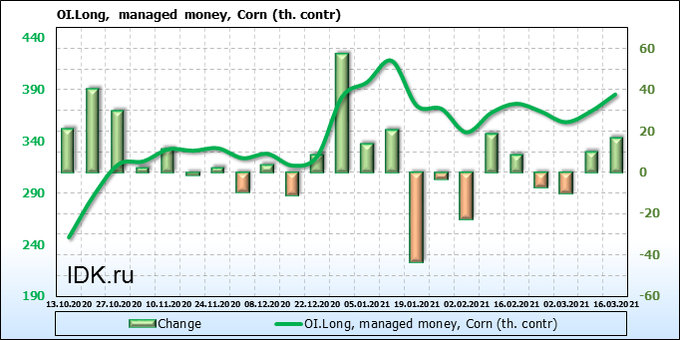 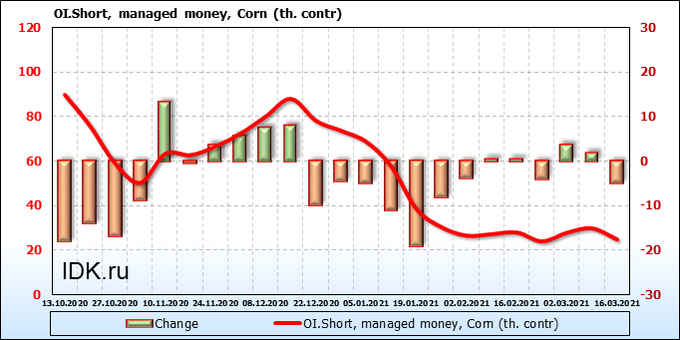 Buyers enter the market as China continues to buy US corn. This story is delicate and can end at any moment. But, we recognize that the planet’s absorption of almost the entire crop creates long-term fundamental support.

Growth scenario: May futures, expiration date May 14. Can buy. Somewhat uncomfortable from high levels, but the situation is binding.

Falling scenario: there is a risk that the corn will draw one more branch up to 605.0 and only after that the upward impulse will end. We will not make new sales. We keep the old ones. 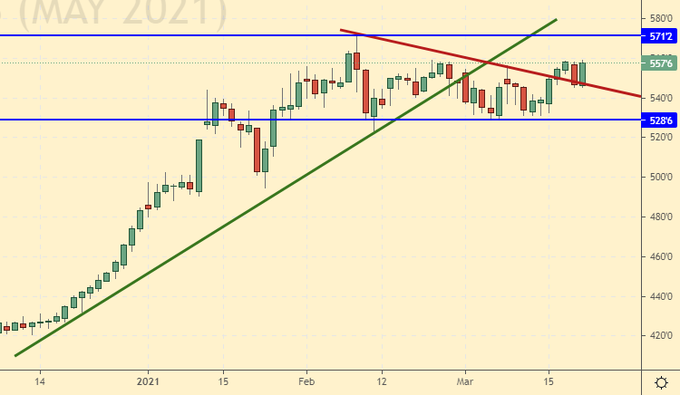 Growth scenario: May futures, expiration date May 14. Will we go to 1700 that is the question. As consumption patterns change from animal fats to vegetable fats, growth in the soybean market is likely to continue, but whether this will happen immediately tomorrow is a question. Nevertheless, we try and buy.

Falling scenario: we will remain in shorts, although the position is unpleasant. In case of growth above 1420, those who wish can run away. Recommendation: 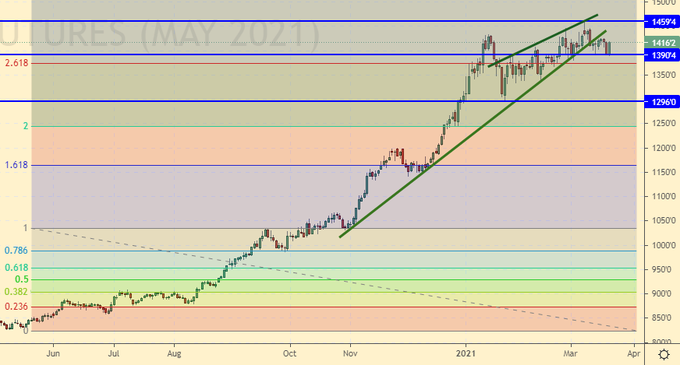 Growth scenario: May futures, the expiration date is April 30. While we stand in longs. A bit scary, but we hope that the threat of a deficit will force prices to rise. 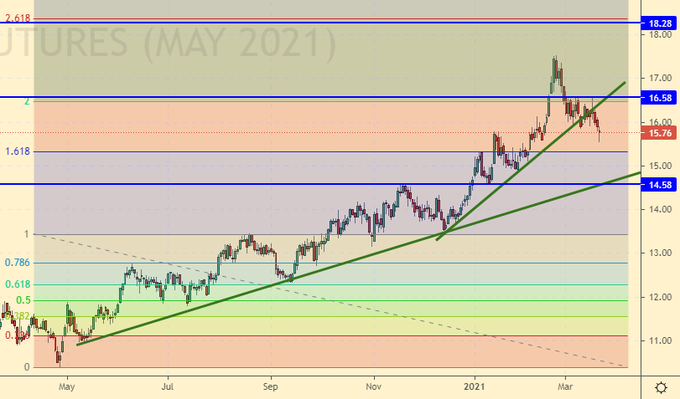 Growth scenario: considering the May futures, the expiration date is May 18. We will continue to stand in longs. We do not open new positions.

Falling scenario: if the market breaks below 125.00, you can think about shorts. Out of the market. 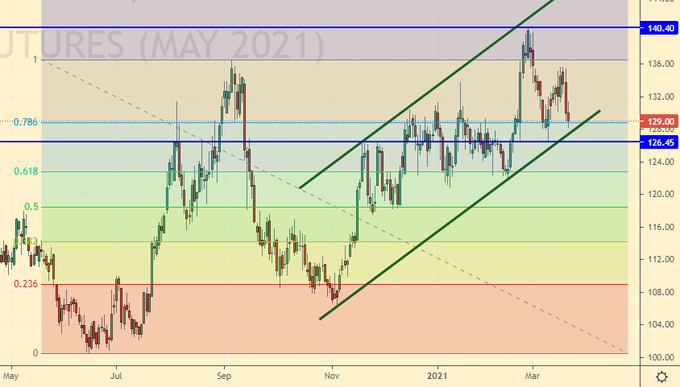 Growth scenario: after the day closes above 1750, we will buy. Not earlier.

Falling scenario: Sell here. Stop order is near. If we stay inside the channel we can slide down to 1600. 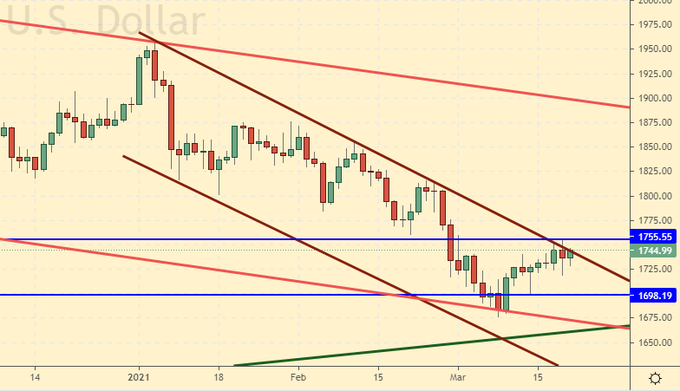 Growth scenario: waiting for the arrival of prices at 1.1600, do not buy.

Falling scenario: keep holding the shorts. The situation in Europe due to the coronavirus is bad. The outlook for the euro is bleak. 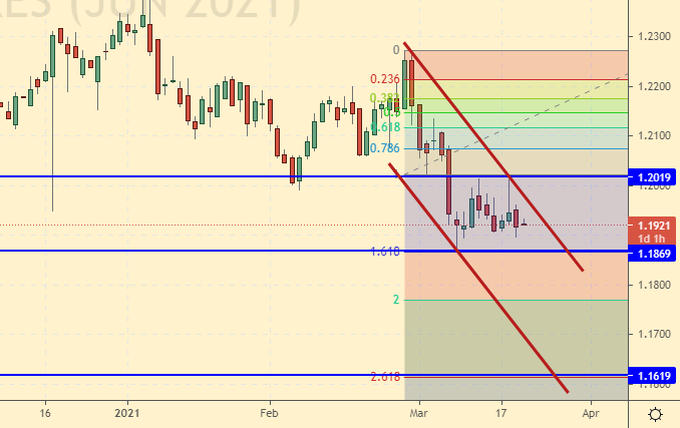 Growth scenario: while the market has not taken 75.10, there is no point in buying. The situation for the ruble is getting unpleasant, but the dollar is not showing any success either. We are waiting for action from the market. Note that an exit from the range is ripe.

Falling scenario: now it will be difficult for the ruble to return under 73.00. We do not open new sell positions, we keep the old ones. 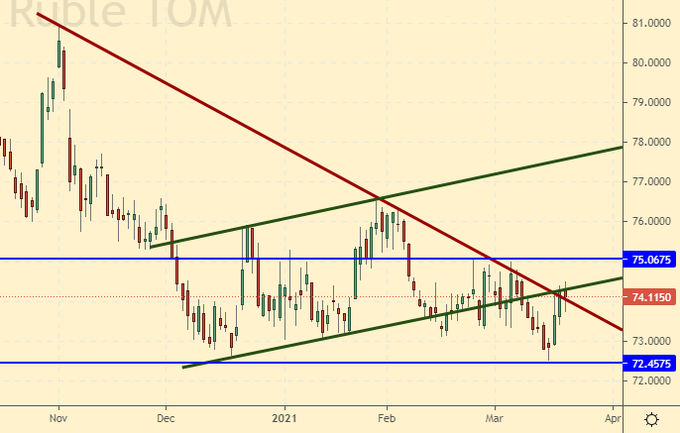 Growth scenario: looking at the graph gives the impression that the index is choking when it tries to climb. No enthusiasm is visible. You can be very careful about shopping. What if Biden will apologize to the President of the Russian Federation. Then we will definitely see 200,000. Sorry, this is just a fantasy.

Falling scenario: if we fall below 140,000, we must sell. The downside potential is not clear. Russian stocks may be of interest to investors against the backdrop of economic problems in Europe, as well as against the backdrop of our upcoming embrace with the Chinese dragon. The main thing is that Lavrov is not strangled in the arms of March 22 and 23 in the Celestial Empire and we are together with him. 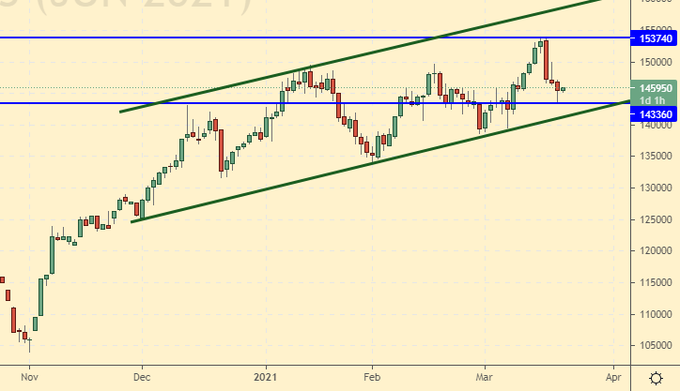