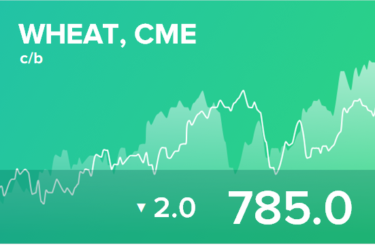 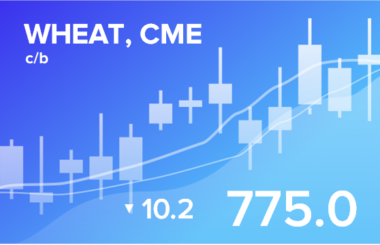 While Mr. Erdogan is conducting a currency experiment on the Turkish lira and his people, we continue to analyze commodity markets, currency pairs and indices. Hello everybody!

The cereal market is half asleep as it is winter in the Northern Hemisphere. The demand for grain, which was at its maximum this fall, may be less strong next season in the event of another good harvest, since it makes no sense to fill the bins for too long.

At the moment, things are fine in Australia, the state of winter crops in Europe is also not a cause for concern. There are no strong preconditions so far that we cannot count on a new record for wheat. The only topic that may not allow reaching peak gross harvests is high fertilizer prices. Failure to comply with cultivation technology can reduce yields in some countries.

It is worth noting that Asia is pulling over all the free resources of the planet. This includes natural gas, fertilizers, and industrial metals, as well as luxury goods such as precious metals and diamonds. Europe could start to experience problems across all sectors in 2022, if suppliers of raw materials increasingly look east. And Moscow as well. Listening to paid anti-Russian hysteria is not the most pleasant experience.

Let’s say a few words about commodity intervention. It is unlikely that in the future we will see the fighting enthusiasm of the Biden administration, aimed at selling off its own oil reserves. It is possible that demonstration actions will be held once or twice, but this will not go further, since in the event of depletion of strategic reserves, the matter will take a really dangerous turn, as the hands of the speculators will be untied. If gas prices have skyrocketed tenfold, why not oil prices? For example, at the time of the complete and final victory over the coronavirus next summer, which will be announced publicly. And it does not matter whether this very victory is actually achieved or not. The main thing is to create a trend and excitement. And, of course, make money on poor motorists.

Bank of Russia raised the rate by 1% to 8.5% per annum. The market reacted calmly to this, as it was precisely these expectations that were voiced by analysts.

In the event of a further rise in inflation, especially with regard to prices for imported goods, the Central Bank of the Russian Federation will be forced to raise the rate further, which will negatively affect a number of companies operating within the country. At some point, especially given the Kremlin’s desire to see inflation in the country at 4 percent or below, the national currency will have to be strengthened, for example, through weakening the budget rule on the mandatory sale of foreign exchange earnings. The main thing for us is that the ruble does not go according to the Turkish scenario. We, of course, can both allow this and survive, but we really don’t want to. We draw your attention to the fact that next Friday the 24th in the USA and a number of other countries is a day off in honor of Catholic Christmas.

Happy investments to everyone, ladies and gentlemen!

Over the past week, the difference between long and short positions of managers increased by 8.4 thousand contracts, while there are more sellers — speculators on the market than buyers.

Growth scenario: March futures, the expiration date is March 14. We continue to refrain from shopping. The 730.0 level looks attractive to enter the long.

Falling scenario: keep short here. The rise from 750.0 to 775.0 does not cause much concern. Recommendation: 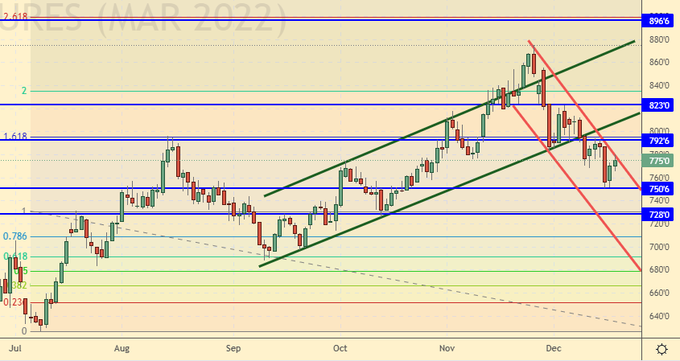 Over the past week, the difference between long and short positions of managers increased by 14.6 thousand contracts, while the bulls continue to increase their advantage over sellers. Note that the growth of the market above the 610.0 area will look somewhat anomalous.

Growth scenario: March futures, the expiration date is March 14. There is no good place to shop. Out of the market.

Falling scenario: we continue to believe that when approaching 605.0 — 610.0, one can sell in anticipation of a rollback to 550.0. Recommendation: 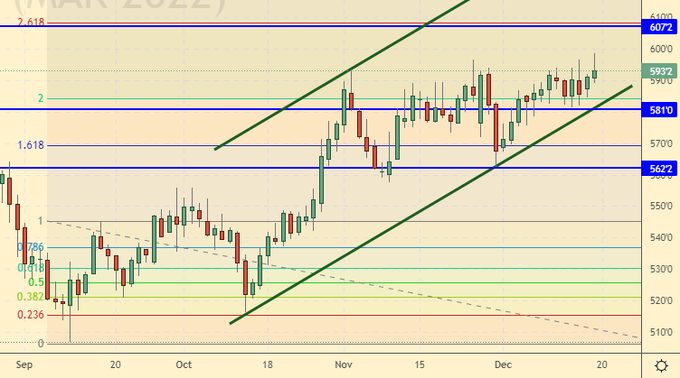 Growth scenario: January futures, the expiration date is January 14. Nothing has changed: we continue to recommend buying at the current levels. The move to 1354.0 (1462.0) is highly probable.

Falling scenario: waiting for prices to rise. Around 1500, let’s think about shorts. 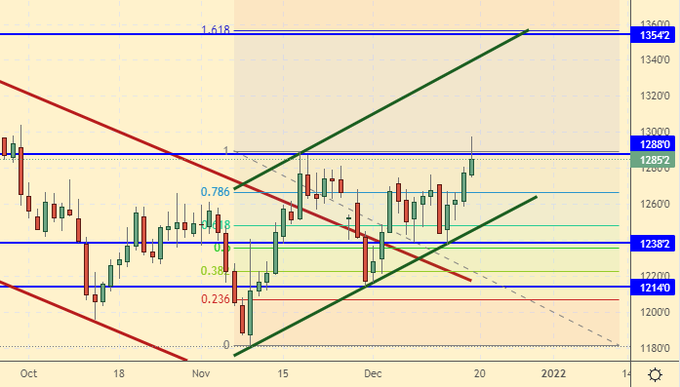 Growth scenario: March futures, the expiration date is February 28. The situation is confusing. There is a slight advantage of bears. We are not buying yet.

Falling scenario: our short from 19.80 turned out to be successful. We hold the position. 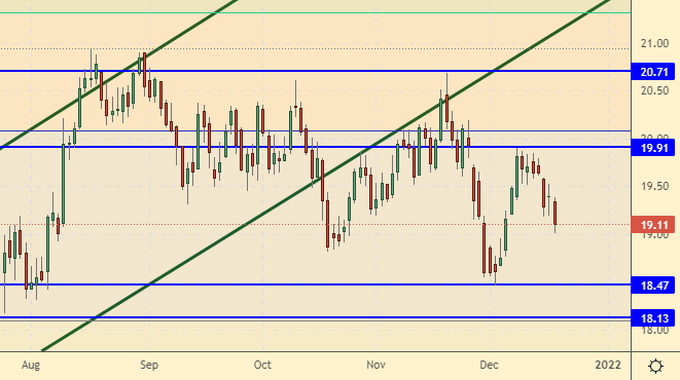 Growth scenario: March futures, the expiration date is March 21. We remain with our previous opinion: for a new round of purchases, we need to drop to the area of 200.0. Out of the market so far.

Falling scenario: we keep short positions, if the «head-shoulders» pattern is triggered, then we will move to 200.0, which is what we need. 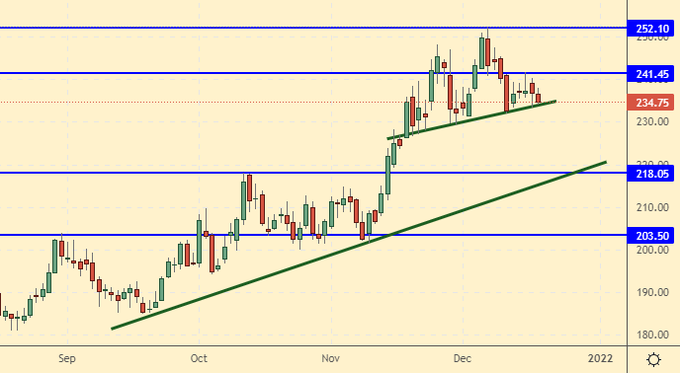 Over the past week, the difference between long and short positions of managers decreased by 0.5 thousand contracts. The speculators were clearly confused by the lack of any ideas. The bulls are unlikely to be able to lift the market until the end of December. While sellers are able to slightly lower the quotes.

Growth scenario: December futures, expiration date December 31. We continue to remain out of the market. We require level 60.00.

Falling scenario: sell here. The bulls failed to lift the market above 76.70, which will provoke traders to enter short. 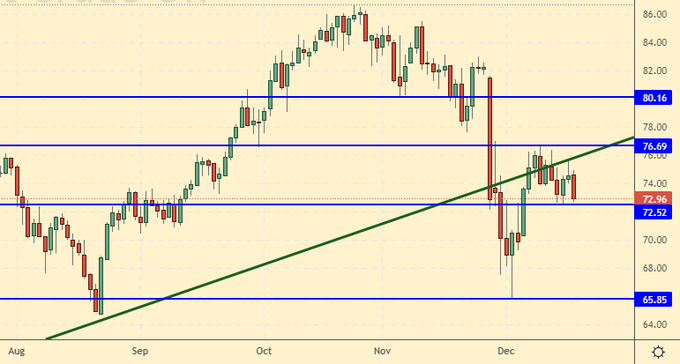 Fundamental US data: the number of active drilling rigs increased by 4 units and is 475 units.

Over the past week, the difference between long and short positions of managers decreased by 14.6 thousand contracts. Sellers have increased their pressure, which in the future may lead to a drop in prices.

Growth scenario: February futures, the expiration date is January 20. We remain outside the market and wait for lower levels for purchases.

Falling scenario: there have been no changes in a week. The current prices as well as the rise to 76.70 are acceptable for sales. Note that in anticipation of the market falling by 50.00, the rise of quotations above 78.00 is undesirable. 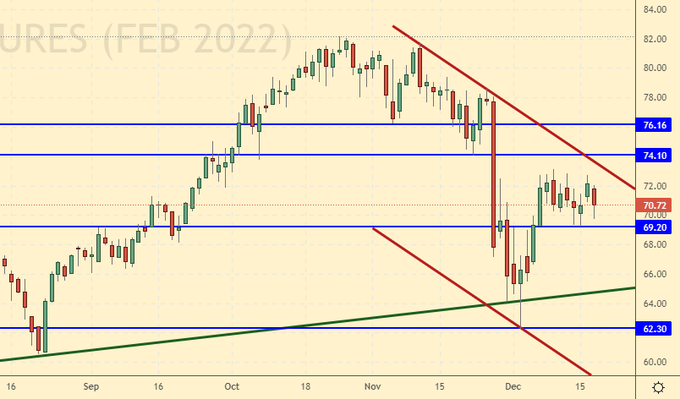 Growth scenario: January futures, the expiration date is January 12. We continue to note that an increase above 660.00 may lead to a movement towards the 700.00 area. We keep longs. 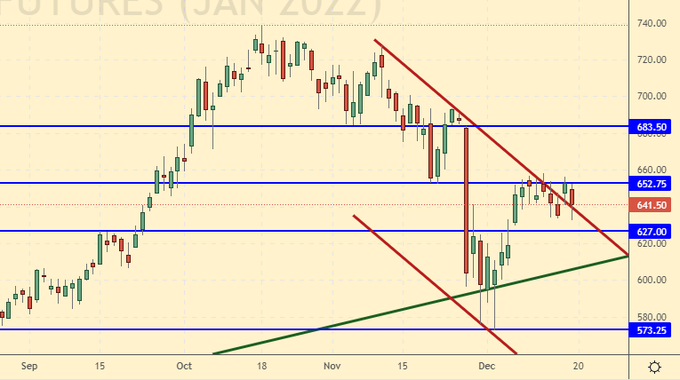 Falling scenario: we will not sell. Gas deficit in Europe will keep prices up for a long time. 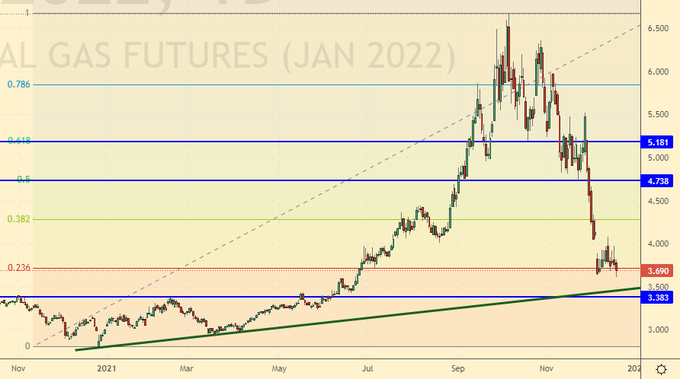 Growth scenario: the past Fed meeting did not scare the bulls. The situation is not very optimistic, but it is better to buy than to sell in troubled times.

Falling scenario: we will not open short positions in gold for now. We wait. 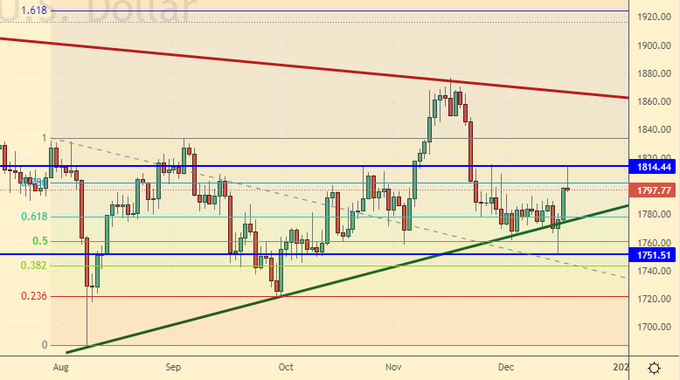 Growth scenario: we will meet the market at 1.1070. The dollar has little chance of breaking lower.

Falling scenario: globally unchanged. We do not sell. We still have doubts about the strength of the dollar. Those interested can work out a possible move to 1.1070 at hourly intervals. 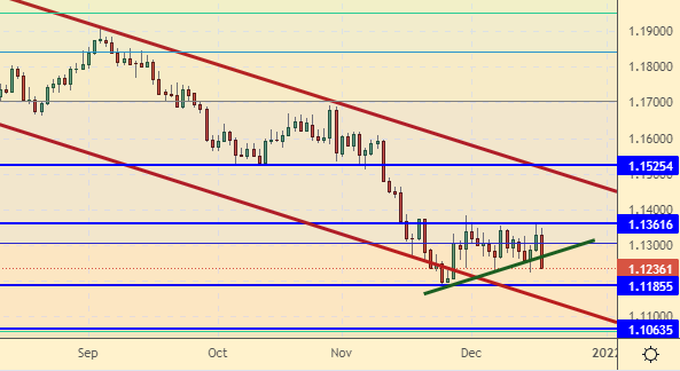 Growth scenario: the market looks up. We will buy at the current levels, but we will place stop orders close to the entry point.

Falling scenario: unfortunately, the ruble is not yet of interest to speculators, which means that we will refrain from selling the dollar at the moment. 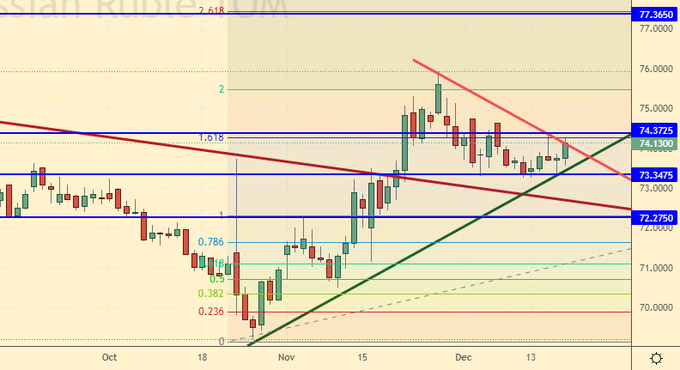 Growth scenario: bulls in this situation can organize the growth of quotations. Those interested can carefully enter the market after the growth of the RTS index futures above the level of 166,000.

Falling scenario: we took 40 thousand points on the fall in the RTS index futures. All with a profit. We are not opening new shorts.

Purchase: think after growth above 166000. We do not give direct recommendations to buy. 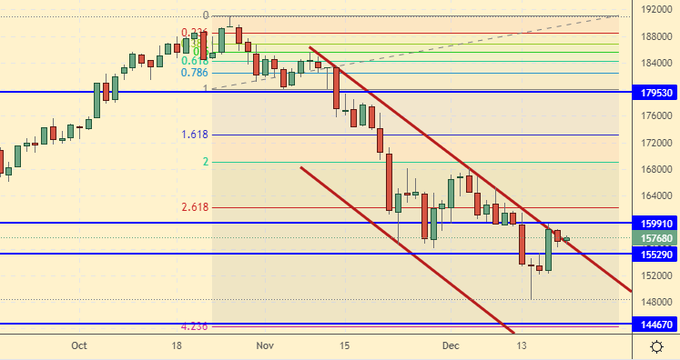