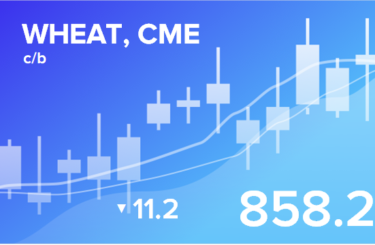 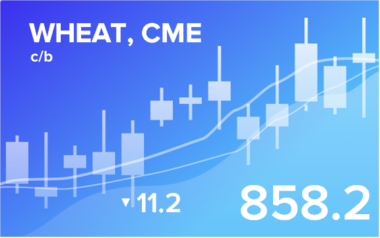 The former prime ministers of Great Britain stand behind a stretched thick cord and in one voice, extremely harmoniously, say: “God save the King!”. It is clear that everything is pre-rehearsed. There is something sobering in the air.

The market is worried. On the eve of the release of data from the USDA on crop volumes, grain prices are high. We see that there are no signs of a downward turn, and this despite the fact that production volumes are more than sufficient to feed the entire population of the Earth.

If after the 12th we still do not see a drop in food prices, it will be possible to say that developing countries will face a severe economic crisis and social explosion in 2023. At the same time, their dependence on the dollar will only increase, since debts to Western banks must be repaid every year, regardless of the health of their own economy.

Is the cancellation of the grain deal on the export of Ukrainian grain capable of raising grain prices? Yes, she is capable. Despite the fact that 20 million tons of Ukrainian grain is not the amount that can lead to any catastrophe, but its loss in the Black Sea region can really create tension.

At the same time, we do not forget about the difficulties that the West creates for the export of Russian grain, the price of which inside Russia has now dropped to the level of cost, which causes farmers only a headache. We do not have to count on the normalization of the situation in the coming months, therefore, inside Russia, however, as well as inside Ukraine, grain prices will be at a low level, and deliveries to the external market will be carried out in volumes significantly less than last year. Current Russian exports are already 25% behind last year.

So far, raw material suppliers have been able to contain the political onslaught from the West, but the forces are clearly unequal. It is possible that buyers of resources will be able to achieve complete dictate over commodity prices.

As we predicted earlier, we are talking not only about Russia, we are already talking about all gas suppliers to Europe. Everyone should be satisfied with the prices set by the European Union in the near future. There are no specific pricing announcements yet, but they will be coming soon.

About oil. Exporting states that cannot balance their economies, and, for example, Saudi Arabia will never be able to do this, will sooner or later be forced to kneel before the West. These are the new rules of the game. In addition, unfortunately for exporters, too many countries are interested in getting resources at much lower prices than they are now.

Eventually we will have to find a compromise. To whom, how much and at what price. Now no one is talking about a market economy, it no longer exists in its former form, only the struggle for resources remains. The G7 countries have moved from intrigue to direct pressure. If oil and gas prices remain at current levels, the West will continue to plunge rapidly into a debt hole from which it will never get out. The only way out for them is to move from fair trade to economic strangulation, and then to outright robbery.

By reading our forecasts, you could make money in the natural gas market by taking a move up from $5,500 to $7,800 per 1 million BTUs.

Most likely, the Bank of Russia will lower the rate by 0.5% to 7.5% on the 16th on Friday. It is unlikely that this decision will create strong pressure on the ruble, since the inflow of petrodollars into the country remains at a record level.

On Monday, investors from friendly countries will appear on the market, who will most likely sell Russian shares, receive rubles for them, and then go into the dollar. This process should not lead to a strong fall of the ruble, since its volume is good if it reaches several billion dollars.

As long as Western investors are cut off from the Russian market, there is no need to worry about the exchange rate of the ruble against the dollar. We will continue to stay in the corridor of 60.00 — 65.00 rubles per dollar.

Over the past week, the difference between long and short positions of managers decreased by 0.5 thousand contracts. Money is leaving the market, trading activity before the USDA report is minimized.

Growth scenario: consider the December futures, the expiration date is December 14th. We cannot rule out a continuation of the rise in prices. We will buy from current levels and roll back to 840.0. Movement to the level of 950.0 cents per bushel is visible.

Fall scenario: sellers failed to show their worth last week, which creates prerequisites for continued growth. We do not sell. 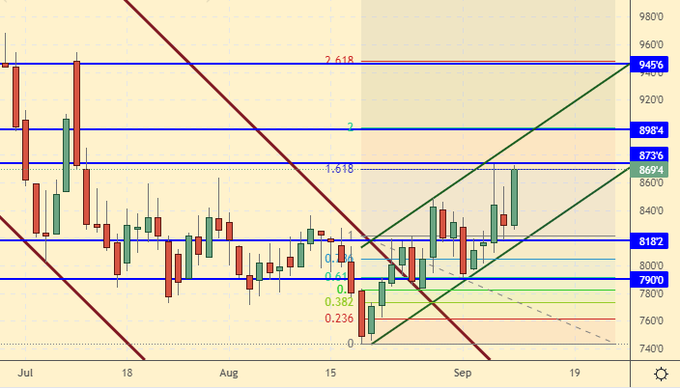 Last week, the difference between long and short positions of managers increased by 5,000 contracts. Trading activity was minimal. The market is in equilibrium.

Growth scenario: consider the December futures, the expiration date is December 14th. The market is extremely high in terms of fundamental factors. However, we are forced to obey the technical picture. We will buy.

Fall scenario: most likely our short stop at 690.0 will be destroyed. However, the risk was small, and we were obliged to try to take the downward movement. We are not opening new positions. 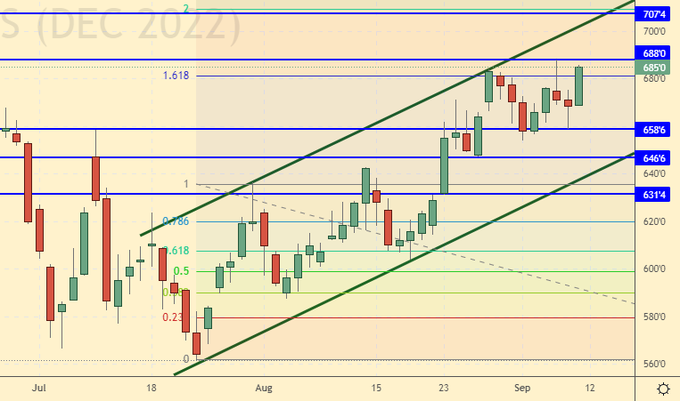 Growth scenario: we are considering the November futures, the expiration date is November 14th. The market found support at 1370.0. This can lead to a reversal of quotes up. Let’s buy from the current levels.

Fall scenario: the chances for a continuation of the downfall remain good. The strong positions of grain are embarrassing, but they may be shaken as early as Monday. We continue to keep the shorts. 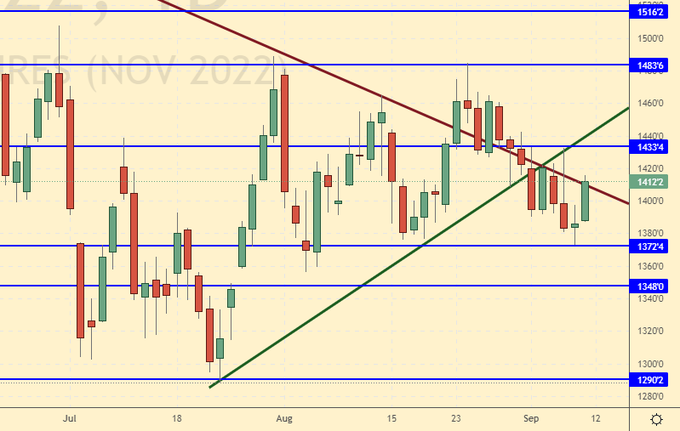 Growth scenario: we consider the March futures, the expiration date is February 28. Support on 17.60 remains strong. We will keep long. Those who wish can buy at current levels.

Fall scenario: we continue to keep the previously opened shorts, we do not open new positions. 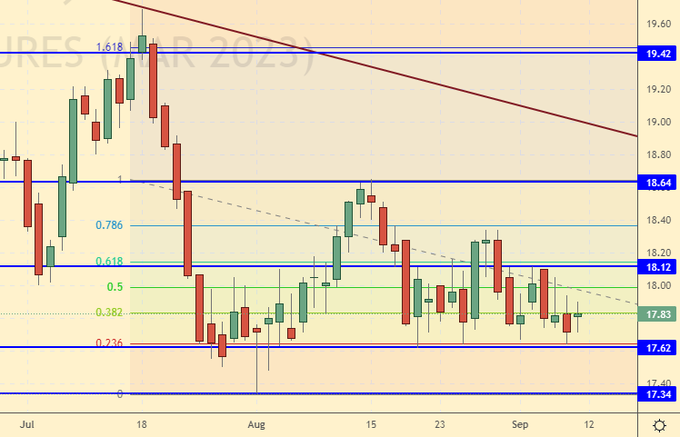 Growth scenario: consider the December futures, the expiration date is December 19. The assumption that the market could not fall below 220.0 turned out to be correct. We hold longs.

Fall scenario: we will not sell. The technical picture is conducive to continued growth. 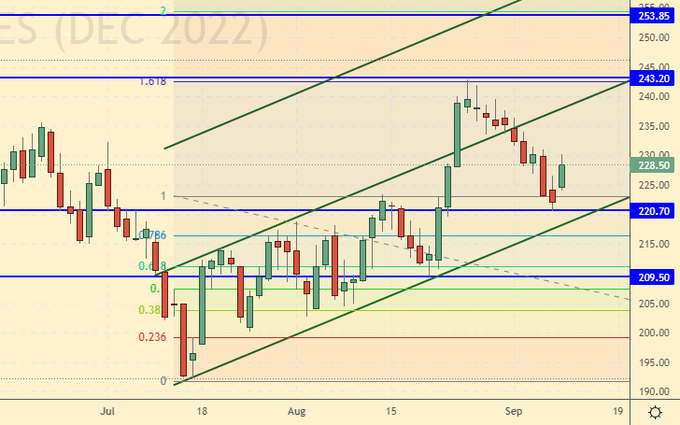 Over the past week, the difference between long and short positions of managers decreased by 18.8 thousand contracts. Buyers were leaving the market, while sellers were hesitantly entering it.

Growth scenario: consider the September futures, the expiration date is September 30th. We will continue to stop shopping. A good long entry needs a fall towards 85.00.

Fall scenario: if the market allows, then it will be possible to sell from 100.00, lower levels are ignored.

Purchase: think when approaching the level of 85.00 dollars per barrel. 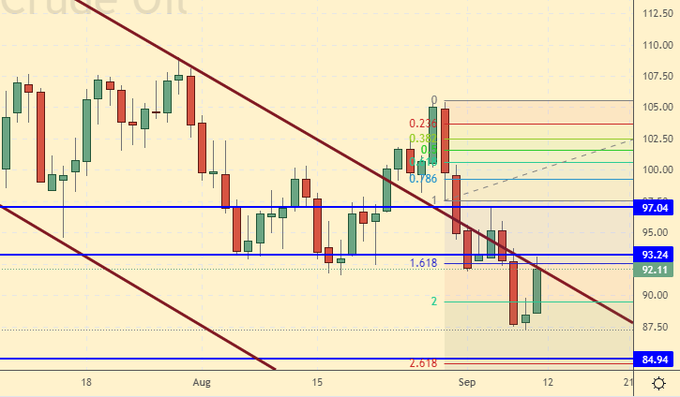 Last week, the difference between long and short positions of managers decreased by 2.4 thousand contracts. There is extremely low speculative activity on the market.

Growth scenario: we are considering the October futures, the expiration date is September 20. We continue to count on a fall to 70.00. We do not buy from current levels.

Fall scenario: if the market allows, next week you can sell from 95.00. If we do not rise to this level, then we remain out of the market. 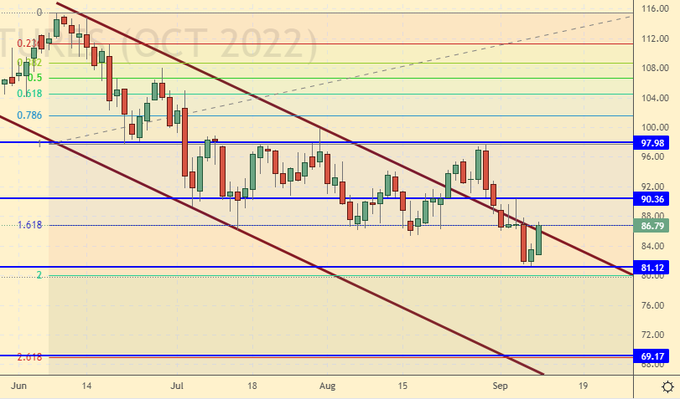 Growth scenario: consider the October futures, the expiration date is October 12. Let’s buy from the current levels. There is little chance of continued growth.

Fall scenario: those who wished could sell from 1115.00. Now it is worth holding these positions with targets at 900.00. 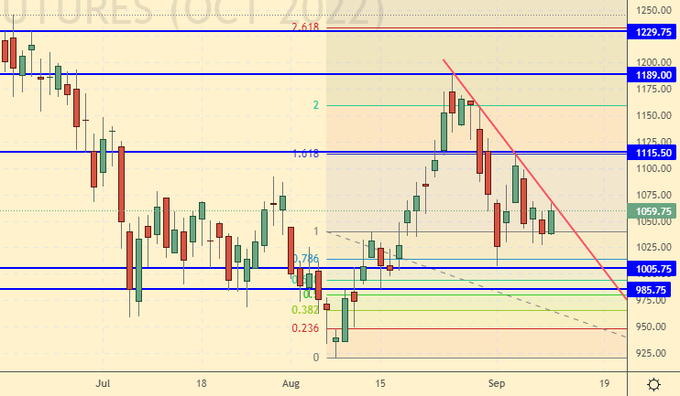 Growth scenario: we are considering the October futures, the expiration date is September 28. The current fall can be used for purchases. For now, we continue to believe in high US gas prices.

Fall scenario: we continue to assume that there will be no price fall in this period. Winter ahead. 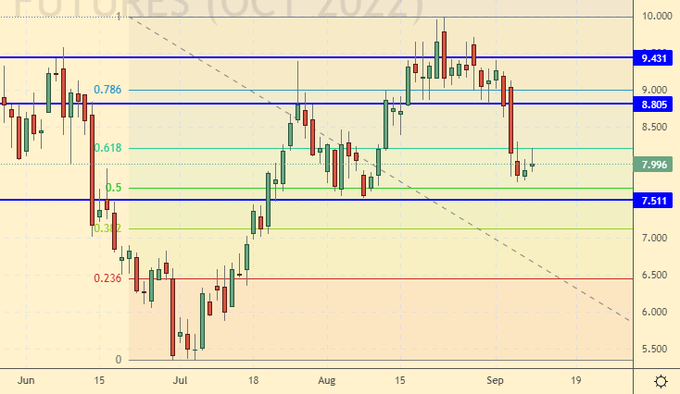 Growth scenario: only after the growth above 1750 will we think about buying. Until we go long.

Fall scenario: continue to hold shorts. We are counting on a fall to the level of 1600. Strong resistance at 1730 is noteworthy.

Purchase: think after rising above 1750. 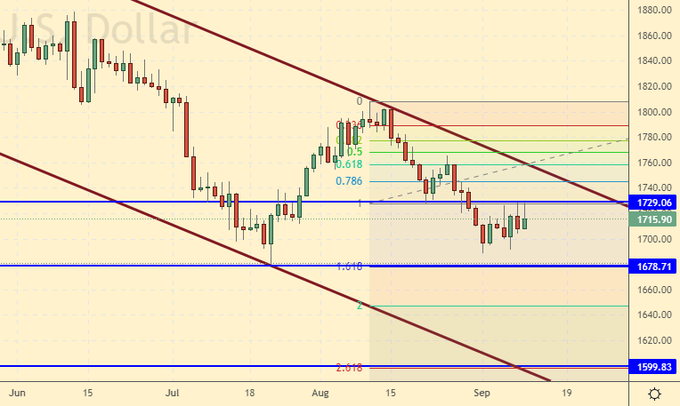 Growth scenario: ECB rate hike by 0.75% did not lead to a sharp rise in the pair. Most likely the euro will continue to remain under pressure. We don’t buy. 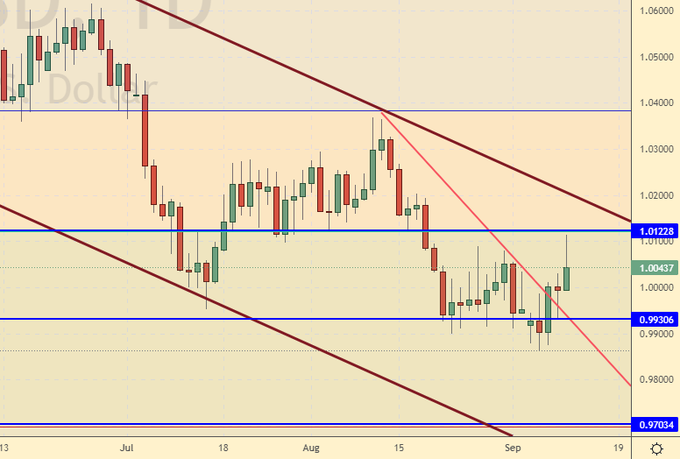 Growth scenario: the pair continues to be in a range. The Central Bank of the Russian Federation is in full control of the situation. We will buy only after the growth above the level of 62.00. We understand that any growth of the pair can be suspended, since the resources of the Central Bank are more than enough.

Fall scenario: we will not sell the dollar against the ruble. On Friday, the Central Bank of the Russian Federation will lower the rate, this may lead to a weakening of the ruble. 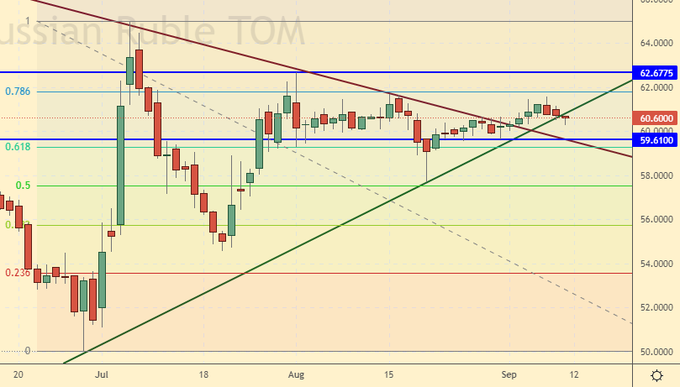 Growth scenario: consider the December futures, the expiration date is December 15th. Those who wish could buy on a rollback to 110000. Now it is worth holding longs with a target at 132000. An increase looks completely optional in the current conditions, but we have to take into account the mood of the crowd. And the people are looking up.

Fall scenario: there is little chance that the short from 114000 will survive, but we will keep the positions opened earlier. Opening new sell positions in the current situation looks extremely risky, however, it is also possible if the level of risk is controlled.